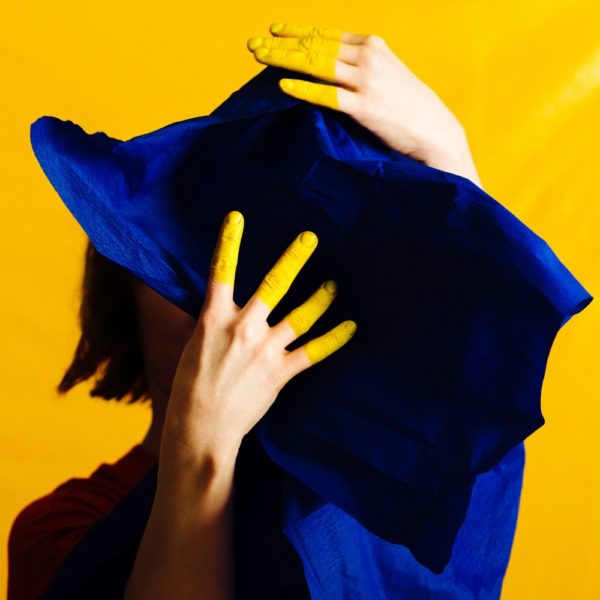 PAN tout a real beauty with Stine Janvin’s scintillating vocal suite ‘Fake Synthetic Music’ – a transfixing and distinguished demonstration of the voice as a hugely flexible instrument, presented in a range of minimalist yet extreme, probing scenarios providing a radical new perspective on familiar sounds.
Conceived as a full-body physical and ambient live performance for theatres, clubs and galleries, ‘Fake Synthetic Space’ is an intently focussed and singular follow-up to Stine’s previous solo LP ‘In Labour’ [Pica Disk, 2014] and her input to last year’s Native Instrument release ‘Camo’ for Shelter Press. Where both of those releases found her vocals combined with field recordings in myriad ways, the Norwegian artist’s latest side is stripped right back to vocals and FX, offering a visceral investigation of her full frequency range with results that explore the deeply uncanny auditory phenomena of otoacoustic emissions in melodic, minimal sequences referencing pop, techno, and trance.
Placed in a broad history of extended vocal investigation ranging from Dadaist poetry to the resonant acoustics of Alvin Lucier, the minimalist abstraction of Steve Reich, and the unearthly sonic spectrum covered by Maja Ratkje, ‘Fake Synthetic Music’ is anchored in the modern day by its use of clinically technoid pulses and repetition, and not least by its ambiguous title, especially in the age of fake news. Through the prism of the voice, Stine both literally and metaphorically reflects contemporary obsessions with authenticity and artifice, using trickery and illusion to strangely reinforce her own sense of self and likewise provide listeners with a life affirming experience.
Between the alien cadence of ‘Mood’, the playfully invasive sounds elicited from Glitch’, and most strikingly in the mesmerising stereo swing of ‘Like Right Now’, Stine presents genuinely shocking rearrangements of her voice quite unlike anything out there right now, and by the time the escalating pitches of ‘Tripple A’ and the whooping avant-jazz-techno of ‘Zen Garden’ have exerted their effect, it’s becomes patently, piercingly clear that Stine’s sound art operates on a remarkably incisive plane of synaesthetic perception