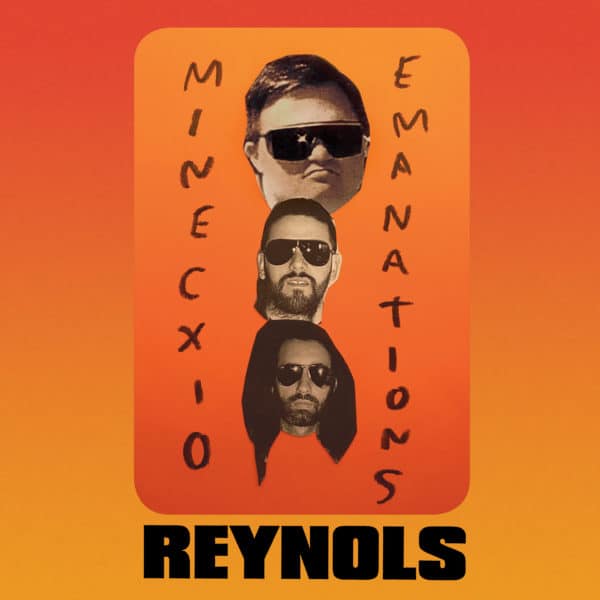 Reynols started in 1993 in Buenos Aires and is famous amongst many things for its unique Down’s syndrome drummer/vocalist Miguel Tomasín, who is the band’s spiritual architect. Reynols is also known its musical diversity, which spans everything from cosmic free rock and lo-fi drone electronic music, to conceptual sound art and social/political/esoteric observations. The world of Reynols is a universe completely of its own, and inhabits so much that even an extensive box like this only scratches the surface. Although Reynols have worked with an open-process DIY philosophy and been subject to multiple documentaries the band has still managed to sustain an element of mystery, so the release of “Minecxio Emanations 1993-2018” marks the first time the band has allowed an extensive overview of their work to be made. Fans of the band will also be happy to learn that most of the material is previously unreleased, including two albums from the early 2000s that were completed but never released; the earliest recordings from 1993; collaborations with artists Acid Mother’s Temple and Pauline Olivers; conceptual pieces; and more. There’s also a DVD with 90 minutes of videos. This box-set shows the full range of Reynols, and has been six years in the making and is the most extensive box-set project by Pica Disk.

Booklet 2: Visuals
A full booklet of photos, artwork, press clippings, quotes, flyers and posters. Most of this material have not been published before.

Disc 1: Early Reynols
Early recordings from the birth of Reynols in 1993-94, some material from small edition cassettes, some previous unreleased.

Disc 4: Conceptual Mogal
A disc of Reynols conceptual pieces, including performances at the Eiffel Tower in Paris, NASA in Houston, the Atomium in Brussels, outtakes from the 10.000 Chickens Symphony and from public street protests in Buenos Aires during the December 2001 crisis. All previously unreleased.

Disc 7: DVD
A 90 minute collage of live performances and other videos that offer a rare portal to the world of Reynols.

All discs come in individual printed wallets.
All audio have been remastered from the original masters.
Limited edition of 500 copies.
Digital version available from Bandcamp comes with all booklet and artwork, but DVD material is exclusive to the physical box-set.
A limited amount of t-shirts will also be made to celebrate the release of the box-set.

“I know Reynols indeed: they are among the most experimental and wild people I’ve heard”
– Thurston Moore

“Reynols is a super band to me. Someday, I wanna fly to Mars with Anla, Rob and Miguel all together. Let’s do asado there.”
– Mitsuru Tabata (Zeni Geva, Acid Mothers Temple, Boredoms)

“One of the most bizarre musical/social units to function. Ever”
– Muckraker Magazine

“The Reynols frontier is, in terms of sheer sonic, aesthetic, and conceptual creativity, an infinite expanse. It doesn’t break out of barriers so much as it evaporates them. It’s not that the rules don’t apply in Reynols music. It’s that nothing applies. The sound is itself, and everything else.” – Marc Masters, from the liner notes of the box