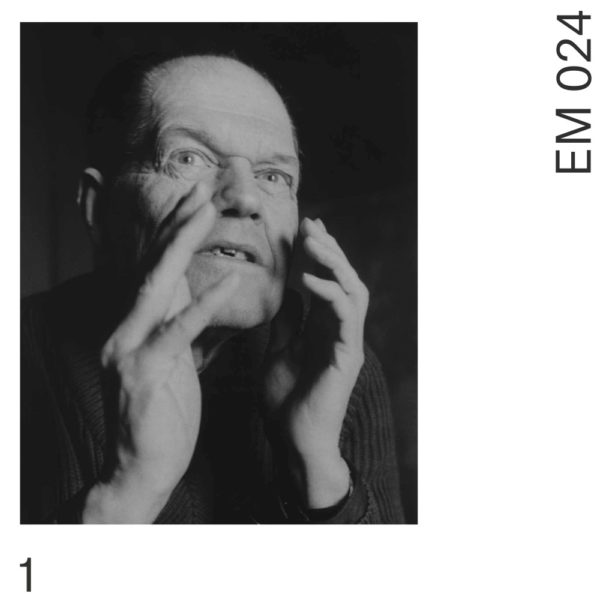 Finally available fully on vinyl, here are the famous ‘Phonetic poems’ from Dadaist Raoul Hausmann – remastered from original tapes and for the first time with the correct track titles along with a 40 pages booklet including typescripts and texts. This LP is published on the occasion of the exhibition Raoul Hausmann and European Experimental Poetry (1945–1971). Musée d’art contemporain de la Haute-Vienne, château de Rochechouart.

The ‘Phonetic poems” were conceived in 1918, simultaneously and without much knowing with the russian futurists discoveries of Khlebnikov et Iliazd – with the cosmic sorcerer and trans-rational language ‘Zaoum’ (1913), Hugo Ball at Cabaret Voltaire (Karawane, 1916), then Kurt Schwitters (Ursonate, 1922).
All these artists-poets were inventors (or re-discoverers) in their own ways of a mediumnic ultralanguage where primordial inter-ethnic and mythological sounds precede meanings, in order to redefine human communication and to connect to the multi-dimensional.
Foreshadows of sound poetry and performative action poetry, these ‘Phonetic Poems’ are still there, miraculously preserved thanks to some recordings made in 1955 by Philips, then 1959 by Bureau and in 1966 by Henri Chopin, in Limoges where Hausmann had settled in 1944.
All tracks remastered and cut by Frederic Alstadt in 2019 at Ångström Mastering, Bruxelles.