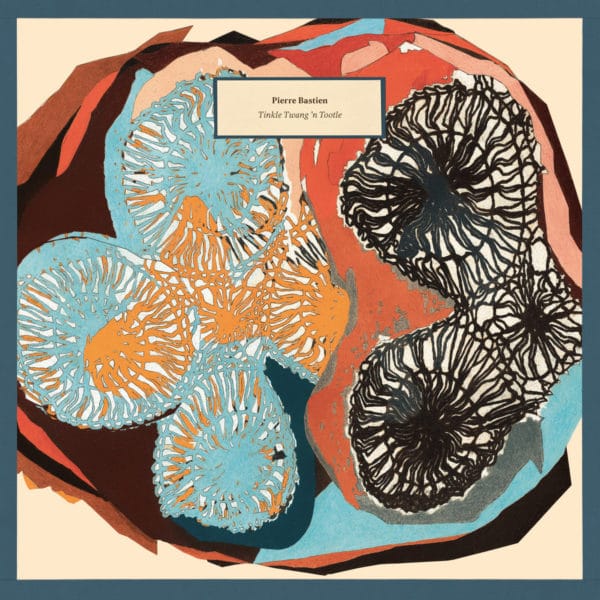 Pierre Bastien orchestrates his meccano marionettes on Tinkle Twang ‘n Tootle to form the charming imaginative ensemble that’s he’s been known for since the late 80s.
Equal parts composer, inventor, mechanic, and performer – Bastien translates his imagination into instruments and compositions that defy any musical categories. Whether it’s preparing instruments like playing a trumpet underwater or through a kazoo, using belt-driven motors and mechanical components to perform cumbersome yet surprisingly musical operations on traditional instruments and household items, or using a fan to hit the strings of a kundi harp with flowing paper – Bastien’s love for tone, rhythm, noise and harmony is poetically reflected across his quite extensive oeuvre.
Playful and melancholic, the sound sculptures that Bastien invents and plays with are partly inspired by the work of Raymond Roussel, a visionary French author who in the first few decades of the twentieth century wrote a unique form of literature which inspired and guided artists from the surrealist and pataphysical movement and was declared by Michel Foucault as one of structuralism’s founding fathers. On that note, the influence of literature and syntax on Bastien’s work cuts all the way through to the palindromes he uses for his track titles – which, much like his machines, infinitely loop.
True to its adorable title, Tinkle Twang ‘n Tootle is a music box of unfolding whimsical structures, half broken rhythms, detuned harmonies, and fantastical sound collages that evoke a childlike sense of wonder and an urge to explore the spaces in between the sounds.