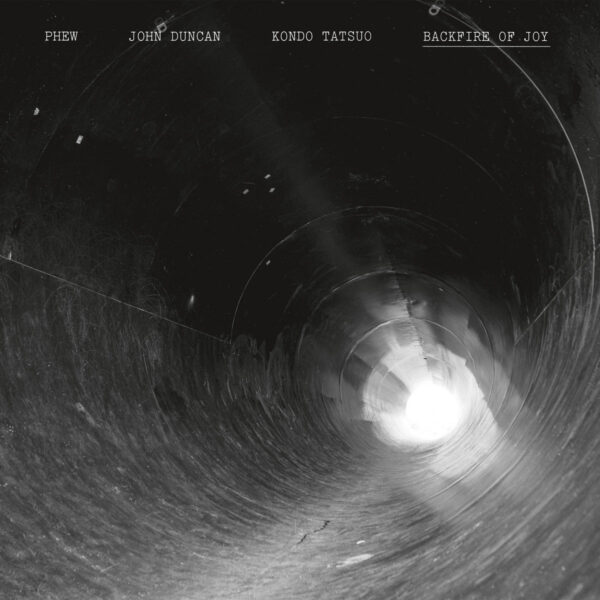 Black Truffle is thrilled to announce Backfire of Joy, a previously unheard recording from Phew, John Duncan and Kondo Tatsuo, documenting a concert at Tokyo’s Hosei University in 1982. Though the fertile exchange of ‘zines, tapes and records between the Japanese underground and the Los Angeles Free Music Society meant the artists were familiar with each other’s work, this performance (occurring on Duncan’s first visit to Japan) was their first meeting and only performance as a trio.

Duncan is heard on his signature shortwave radio set-up, while Kondo performs on synth, tape loops and echo-drenched piano, providing a spacious backdrop for Phew’s astonishing performance of spontaneous, free-associative song moving between Japanese and English. A testament to the unhinged exploration of the 1980s experimental underground, the trio careen wildly between crashing percussive tape loops, deluges of shortwave noise, insistent piano figures and playful synth melodies. On the B side, we are treated to a remarkable ten minute sequence moving organically from spaced-out synth and radio textures to a stunning finale of improvised balladry centred on piano and voice, unexpectedly broken up by electronic interjections. Beautifully recorded in crunchy vintage fidelity, Backfire of Joy arrives accompanied by archival photographs and newly authored liner notes from all three participants.