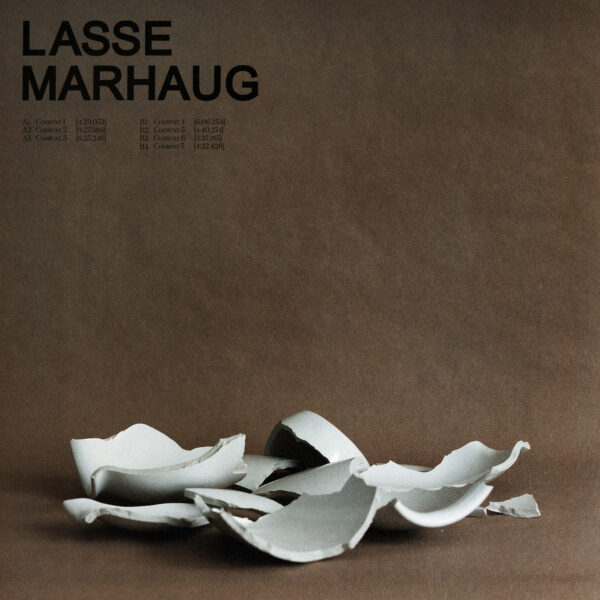 Lasse Marhaug is one of those characters that operates at the nexus of so much stuff that’s important to us here – working as a producer (over the last couple of years alone he’s helped shape albums by Jenny Hval, Kelly Lee Owens, Okkyung Lee, Hillary Woods etc etc), a mastering engineer (far too many releases to mention), a prolific sleeve designer (likewise), publisher (his occasional Personal Best magazine is still going strong) and, perhaps most importantly – a recording artist in his own right. ‘Context’ is his most substantial release in years – a crushing assembly of bone-dry/darkside drone/machine malfunctions that’s bursting with a visceral, throbbing, mass of feeling. If yr into anything on the spectrum from Mika Vainio to Grouper to Kevin Drumm or Deathprod – this one’s as good as it gets
Over almost three decades of activity, Marhaug has carved out notoriety as a solo performer, a prolific collaborator (working with everyone from Sunn O))) to Jim O’Rourke) and as a busy producer, who’s notched up credits on some of the most striking-sounding albums of the last few years. This new album was created as a swan song for the infamous Oslo studio that he’s inhabited for 17 years, prior to his move back to the Arctic Circle where he originally came from. Recorded over a 14-month period and painstakingly edited from hours upon hours of material, it might just be the most impressive, moving record we’ve heard from him so far.
The interplay between piercing softness and deafening noise is the key to “Context”, displaying a philosophy Marhaug has been exploring for years. Few other artists are able to balance chaos and harmony with such ease; Marhaug does it without grandstanding, it’s music that sounds as simultaneously beautiful and as daunting as the Arctic landscape he’s returning to. At any moment a sound can be alluring or treacherous, like the frozen sun reflecting on a snowy mountaintop. Marhaug’s deftness with rhythm and bass emerges on ‘Context 3’, as he pairs Vainio-esque low-end pulses with crumpled noise and widescreen tones; as disquieting music-box chimes absorbed into the blasted soundscape on ‘Context 5’, while we’re thrust into the freezing cold on ‘Context 6’, subjected to punctuating gusts of white noise and trapped string loops.
Trust it’s a rare and near-mythical beast, conjuring vast, treacherous soundscapes illuminated with pangs of sentiment that naturally weave strands of his non-musical practice in their psychosensual lustre and gritty attrition. As he steps into a new phase of his career, we’re left with a concluding chapter that stands as a summation and open-ended post-credits reveal.