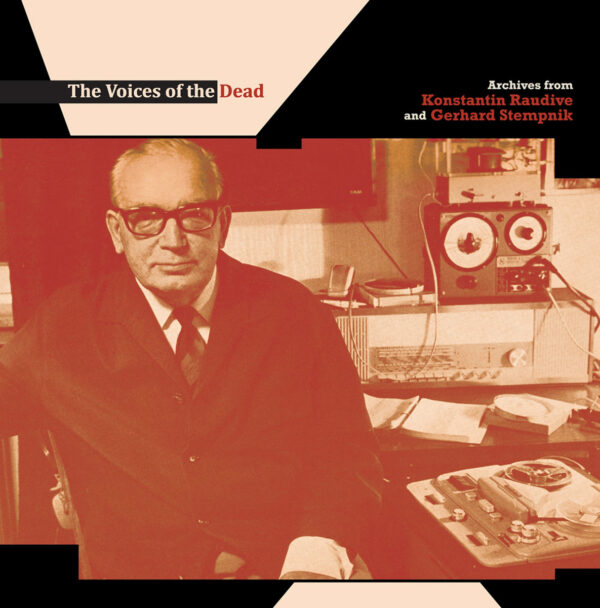 "The Voices of the Dead"

THE REALITY OF THE TAPES
For many, the first traces of the Raudive Tapes were in William Burroughs fictions and articles. The fact is, these mysterious magnetic tapes, which capture the voices of the dead, and were recorded by the Baltic scientist Konstantin Raudive, are not a fiction but a reality (we are not here to judge their scientific objectivity ). These tapes, as rare as Lovecraft’s Necronomicon, are now in our archives.

WHO WAS RAUDIVE ?
Dr. Konstantin Raudive, a student of Carl Jung, was a Latvian psychologist who taught at the University of Uppsala, Sweden, before devoting the last ten years of his life to electronic voice phenomenon (EVP). He published his book Breakthrough in 1971. His early collaborator F. Jurgenson, whom he met by the very beginning of 1965, awakened Dr. Raudive’s interest in EVP research. Raudive spent endless hours for the thorough study of Jurgenson’s books (“Voices from Space”, 1964, and “Radio-Link with the Dead”, 1967). From an overwhelming database (ranging about 72,000 samples!), Raudive’s mother seems to be statistically the most frequently reported contact personality. She usually addressed her son in the Latgalian

WHAT WE CAN FIND IN THAT RECORD ?
1. A self introduction of Konstantin Raudive and a large session of exemples from his archives – July 17, 1965)

2. 9 extracts from the Gerhard Stempnik experiments – musician of the Berlin Philharmonic and close friend of Raudive (tapes from 1980)

3. A Raudive celebration including unpublished material by Scanner, Paul D. Miller aka dj Spooky/That subliminal kid, Calla, Lee Ranaldo (of Sonic Youth), Ensemble, Ramdom Inc., David Toop, Carl Michael von Hausswolff and Brett Dean. They have all composed an exclusive piece of music based on the Raudive material. It goes from a close examination of the material itself (CM Von Hausswolff, Lee Ranaldo) to a more evocative mood (Calla, Scanner, dj Spooky). The last piece, for viola solo, is a global homage to all the explorators of the unknown.