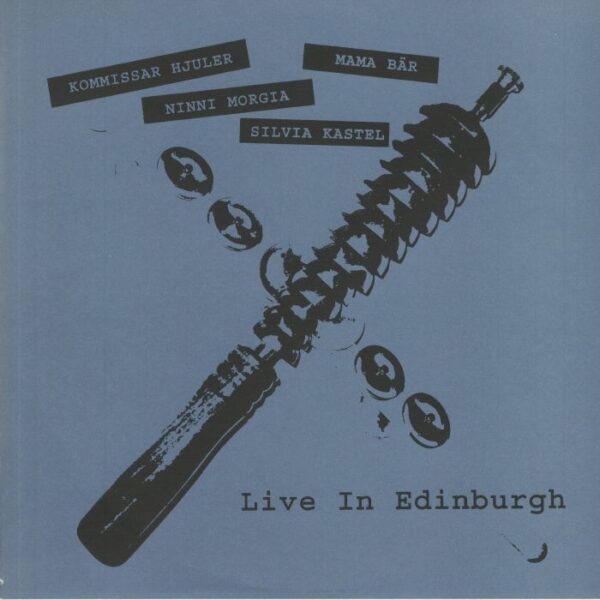 In April 2011 the two couples formed by Kommissar Hjuler & Mama Baer and Ninni Morgia & Silvia Kastel ventured for a tour in the UK; it was the first time they played together but their shared common visions, attitude and general craziness actually gave life to an inspired team. Every show was different; in Edinburgh, they decided to perform a piece originally written by Ninni Morgia & Silvia Kastel, “Jericho”, that Papa Baer liked. So before the show, the group pre-recorded a tape in a big theater-like room inside the venue, with a spoken version of the lyrics. On stage, Mama Baer projected a video made by her, depicting the four of them standing against a wall; the music starts off with Kommissar manipulating the tape, then the actual “Jericho” lyrics are sung by Mama Baer and Silvia Kastel while Ninni Morgia’s bends, buffs and brushes his guitar and Kastel’s synthesizer starts growling out of the monster’s belly. Tension, discomfort, love, pain, theatre? music? art? Four people, each of them immolates themselves for the cause.