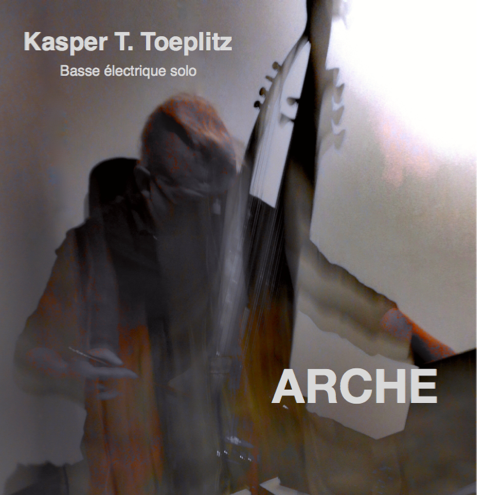 Composition & solo bass: Kasper T Toeplitz
Vital weekly:
His other new release is a solo affair, music-wise, as it was commissioned by the dance company Loldanse. The recording on CD was recorded live on November 25, 2021, during one of the performances. This piece is for solo electric bass and, so I assume, electronics. Even when the score is in French, it is easier to follow, as Toeplitz made some notes concerning timing this time.
Much of the piece doesn’t sound like electric bass and is more like a piece of processed recordings of whatever kind. I wouldn’t know what had I not known this is an electric bass. At seventy-one minutes, this is quite a long piece of music, and because of one heavy noise section (from the twenty-four to thirty-minute mark, not an easy-to-digest release. I admit that I skipped these sections a few times I played this piece. After thirty-five minutes, the high-frequency piece was also loud, but something that I enjoyed all the same. When it is dark, it is dark. Toeplitz once again proves that he is a fine master of radical music. Not that I needed more proof. Just like his disc with Zinc & Copper, the modern music version of Toeplitz is entirely different from many of his peers, and I wonder how such pieces are received. (FdW)