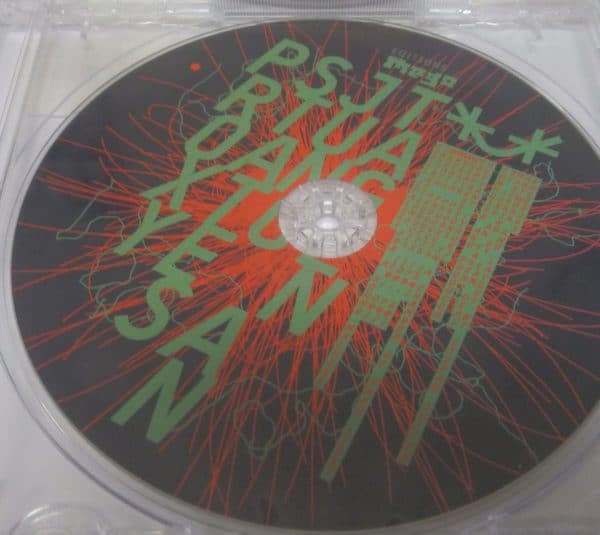 CD version. On Proxy States, his third release on Editions Mego, Jung An Tagen continues to expand his unique vision of oblique electronic music mixed with future dance club sound. On Proxy States techno is evolving into another realm, manifesting as his most formulated attempt to combine modern composition techniques with ritualistic techno aesthetics. Here he takes his obsession with structure to a more narrative build-up, creating new paths and textures around his infectious beats. With this structure, Jung An Tagen develops an emotional relationship between repetition and dissonance — it’s addictive music, music in constant explosion. The 12 seconds of the first track, “Spill (False)” sound like a recreation of The Big Bang, creating the perfect intro for this molecular polyrhythmic adventure. It also creates the connection/disconnection with his previous work, Agent Im Objekt (EMEGO 248LP, 2018), bridging the two but also creating a space to embark on a new sonic trip. This self-contained explosion offers the right coordinates and propels the listener to Jung An Tagen’s sonic realm. All of this is done with his usual fearless but mindful approach. His unique exercises with structure, time and sound create an ecstatic familiarity with the sounds while at the same time inducing a creeping physical alienation. In other words, some parts may be rhythmically infectious, others will give you no chance to immerse. The stimulation is astute and continuous, encouraging an out-of-this-world experience. The main arc of Proxy States consists of a 16 against 17 poly-rhythmic synth line that through different intonations of the kick drum always transforms its syntax. This synth line always scales up 1 key, in the middle of the track, foreseeing the upcoming structure. While these tracks (3, 4, 5, 6: “Wreath Products”) follow an almost obsessive-compulsive order, the remaining tracks seem to blow up the structure entirely like the last scenes of the 1970 Michelangelo Antonioni’s film Zabriskie Point, creating an event inside the event. Proxy States was impossible to press on vinyl but the fast, sharp and wild grooves of Jung An Tagen’s new album are incredibly synched with the concept of an ever accelerating future.