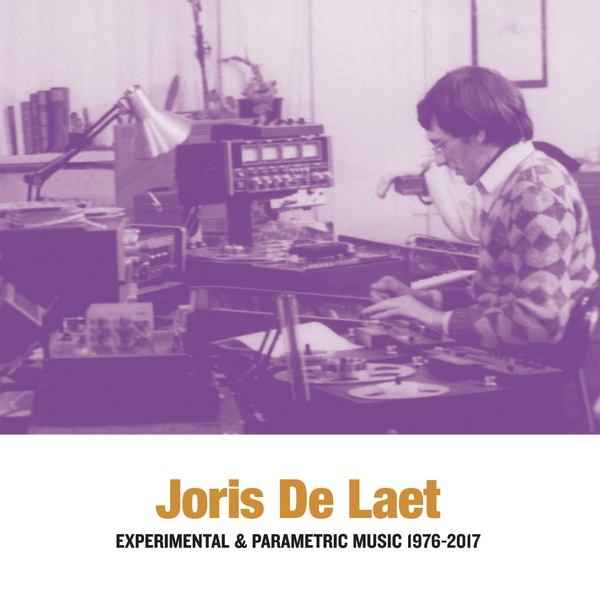 Double LP version. Includes insert. Through Experimental & Parametric Music 1976-2017, more than 40 years of composer Joris De Laet’s work is unveiled. The collection discovers for the first time the great coherence of this work: from “Signalisations” (1976) to “Mnemosyne Pour Une Acousmaman” (2017). The compositions are annotated and explained in detail by the composer, as well as a kind of wild autobiography. Released in Sub Rosa’s Early Electronic series.

Joris De Laet was born in 1947. Belgian by birth, self-taught by definition, parametric music and art video composer by choice. Founder of the S.E.M. (Studio voor Experimentele Muziek) in Antwerp, 1973. Internships at the IPEM (Instituut voor Psychoakoestiek en Elektronische Muziek) in Ghent, 1972-1975, under Karel Goeyvaerts, Lucien Goethals, and Dr. Herman Sabbe. De Laet is the founder of the SEMensemble, a group of musicians-composers specialized in performing experimental music and live electronics. From 1975 until 1990, he gave concerts with this ensemble throughout Europe (Germany, France, The Netherlands, Austria, Poland, Croatia, etc.) and in Canada (Montreal, Kingston, Toronto). Inspired by the deep control on electronic sonics, De Laet has been defining his work since 1979 as “Parametric Music”, music where composition is based on transformation flows of one or several parameters, selected by the composer, that form, through their converging (or diverging) processes the main characteristics of the regulated sonics of the composition.