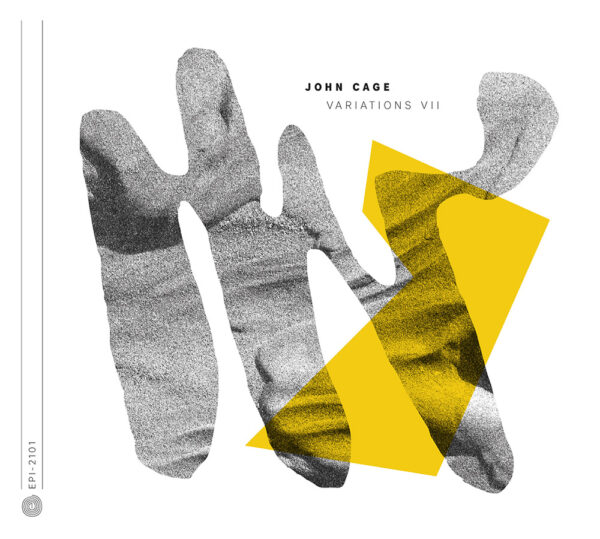 Variations VII was created by John Cage to be performed at a special event, 9 Evenings, Theatre & Engineering, held from 13th to 23rd October 1966 in New York and in which a team of engineers, led by Billy Klüver, worked with ten artists from the American “avant-garde”, with the aim of enabling them to extend their exploration of the possibilities of electronics in their own art. Here is how John Cage described this piece in the programme for the event:

« It is a piece of music, Variations VII, indeterminate in form and detail, making use of the sound system which has been devised collectively for this festival, further making use of modulation means organized by David Tudor, using as sound sources only those sounds which are in the air at the moment of performance, picked up via the communication bands, telephone lines, microphones together with, instead of musical instruments, a variety of household appliances, and frequency generators. »

Ten telephone lines connected to the sounds of ten different locations in New York City. History has taught us that one of the first uses of the telephone at the end of the 19th century was, besides transporting voices, the live re-transmission of concert performances of opera. A few privileged listeners could therefore listen to the music in their own homes. Several decades later, John Cage reversed this, so to speak, by inviting the sounds of several distant environments into the concert venue!

This recording of Variations VII by John Cage was made in public on 15th August 2020 as part of the 8th edition of Le Bruit de la Musique festival at Domeyrot (Creuse). 6 artists were present, supported by a sound engineer, and 17 others participated remotely.

John Cage did not really write a score for Variations VII. We therefore had to rely on the one hand, on precious documents from the time kindly sent to us by Julie Martin, and on the other, on our experience of performing other works by the composer.

The 6 participants present decided to use Andrew Culver’s IC and TIC programmes, available online, which allowed them to perform chance operations similar to those used by John Cage for the composition of all his musical, literary and pictural works from 1951 onwards.

There is no space here to enumerate all the questions that were put to these programmes for this performance, but the answers given included the total length of the piece, its division into sections for each participant, the order of the alternation between sound and silence, the families of objects and means used for each of these sections and even, when radios were used, their frequency range, etc.

Some used optical sensors which, when the audience moved, switched on various electrical devices. Moreover, the 6 artists had their own computer through which each received the audio of some of the online participants via videoconferencing software, each of these participants having received a time bracket score resulting from the same procedure, allowing them to turn the micro of their computer or smartphone on or off.

Although the context was very different from that of the 1966 evenings, we opted for simplicity by reproducing the same staging, that is, two long parallel tables on which all the equipment was placed, all subtly lit by Sébastien Daubord. The 6 stereo sources were mixed by Laurent Sassi and distributed over 6 loudspeakers arranged all around the audience.
The recording is presented in extenso with no editing, combining the action of the 6 live participants, the 17 remote participants and with the presence of the audience revealed by their remarks and comments and by their involuntary interaction with the optical sensors.