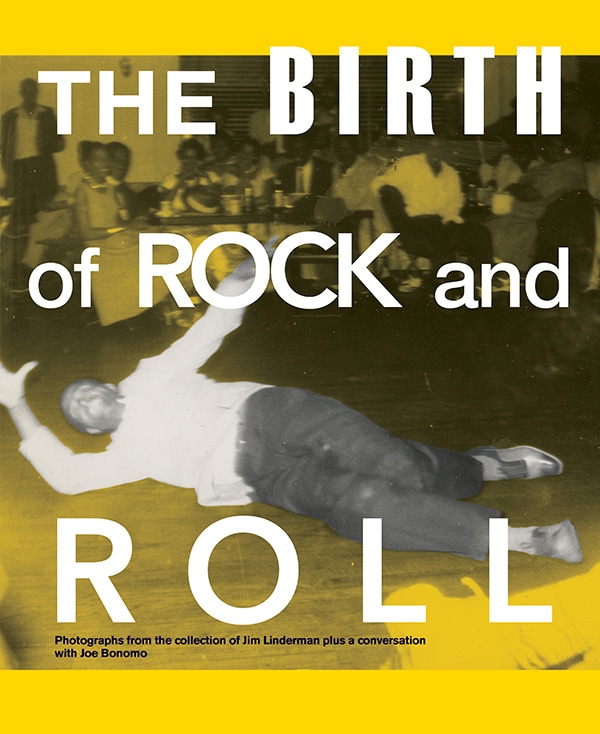 “The birth of Rock and Roll: Photographs from the collection of Jim Linderman”

Photographs from the collection of Jim Linderman plus a conversation with Joe Bonomo. Hardcover book with 134 photographs. Size: 160 pages, 12” x 9.75” format.
Jim Linderman has arranged a storyboard of sorts that dramatizes the spirit, if not the chronology, of rock and roll. Poetically, the photos evoke without naming, and have little to do with conventional iconography of the birth of rock and roll. Instead they document, and celebrate, the pure but indefinable essence of rock. Wherever there is an urge to make acoustic or electric music—whether helping at a rent party, busking in front of a crowd, or testifying in the name of Jesus—there’s an uncredited photographer there to snap an image. Thankfully Jim Linderman has shared these one-of-a-kind photos from his collection so we can explore one of the most transformative times for American music.
“We have this notion that rock’n’ roll started in Memphis in 1955, and it really didn’t. Bob Wills was playing in the ’30s and ’40s in Oklahoma, and Chuck Berry modeled ‘Maybellene’ on a Bob Wills song. The roots of rock go back a lot further than we realize. It came from the church, from vaudeville, from the music played in after-hours clubs, from juke joints. Some of it came from Ireland. It’s such a conglomeration, and that diversity is the real back story of rock ’n’ roll. Without any trouble at all, I was able to include people of all races in this book. I was able to show the melting pot in America, which came together to create this phenomenon. I was especially happy to be able to include so many women performers, because they never got their due. Which is why we don’t know who they are now. I love being able to illustrate how broad the music used to be, because now it’s so narrow and pigeonholed. It seems we’ve lost some of the breadth that used to be there.” – Jim Linderman speaking to Lisa Hix, Collectors Weekly