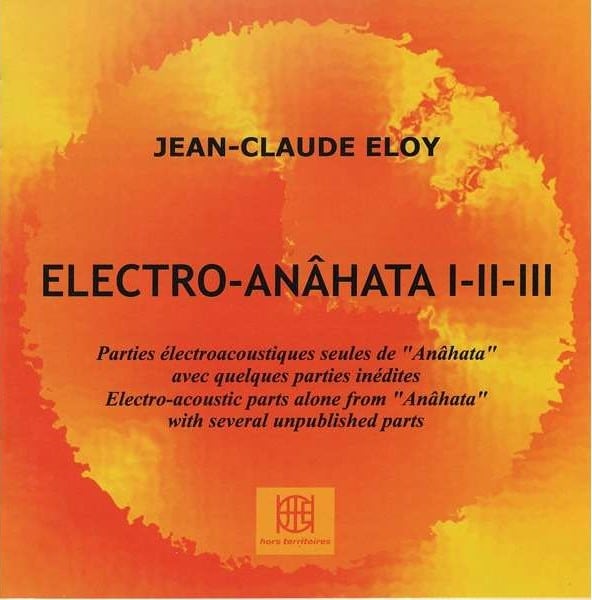 Jean-Claude Eloy: “In the past composers would often arrange or adapt their works themselves, often for practical or economic reasons. Let us take a look at the most prestigious examples… Take Wagner: Prelude and Love Death (Tristan and Isolde) is played two different ways. Sometimes the orchestral part alone is played as a concert piece. Other times the voice solo part is added as it is in the original opera (which then becomes the magnificent Liebestod). Such examples could be repeated endlessly among the greatest composers.
In the early 1990s I faced a challenging situation: the Japanese Gagaku musicians who had performed my work Anâhata for the first time in 1986 (for the Sigma Festival of Bordeaux and the Autumn Festival in Paris), and had performed it again in 1990 (for the Donaueschingen Festival) were not able to find time in their schedule to accept an important invitation to the Warsaw Autumn Festival. Only the two Buddhist monk singers were able to fit it in.
Before that and to complete the Anâhata project and its electro-acoustic parts I had to travel across part of Europe and spend two whole years commuting between Paris and Amsterdam several times, later between Paris and Berlin, then between Paris and Geneva… even within Paris, thanks to my friends from the GRM who had kindly let me use their studio for several weeks during night hours. Those were very precious nights for me.
During those two years I would always carry boxes of tapes and Betamax or U-Matic cassettes with two PCM Sony and two Betamax cassette decks that I had purchased a little earlier. For the first time I was then able to arrange digital recording sequences and carry out several mixing, recording and reading processes without compromising signal quality. I also had to carry boxes of multitrack bands of all types: the Amsterdam studio was equipped with a two-speed 16-track Studer, the Geneva studio with a three-speed 24- track Otari; the Berlin studio with two 8-track Telefunkens including a variable-speed one.”