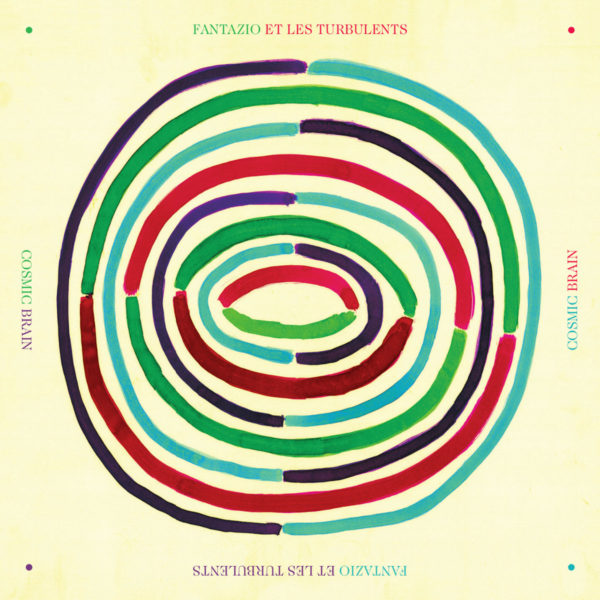 Warning ! Lovers of circumscribed horizons or watertight chapels, go your way, here, it is the anti-containment, it’s the neighbor’s hug and the shared tarantella. Fantazio & the Turbulents free their cosmic brains by freewheeling and see their bodies follow, the voices traveling towards strange territories, and the muscles beating the metric of a Martian bolero or a galactic ska.

For nearly 20 years, the winding road of the performer Fantazio has crossed those of the Turbulents, these actors, musicians and singers of ESAT Turbulences (Paris 17th). From the Adam Shelton center run by clown-psychologist Howard Buten who introduced him to Philippe Duban, who pilots Turbulences at the Les Évadés du Bocal festival, at La Fabrique du Macadam, via the Rencontres Encore Heureux and most recently at the Sonic Protest festival. Gradually, between improvisation and writing, forms appeared, figures emerged and a subtle crazy repertoire was created. A neo-dada cabaret if ever there was one, Cosmic Brain takes us by the hand and gives us a wild review of the extraordinary sonic creations born from these encounters. A blue truck dismantled like a puzzle, Luffy of One Piece wondering “how does he do that?” … what is happening to me? »In Mathias’ mouth, stellar trumpet interludes, a solo country ballad, an Otto blues, a rap that smashes, a melancolic zouk, ping-pong of signifiers, an ode to Limoges, a liaison battucada or an interstellar hymn on some hippie skinheads … Full of images, and colors, that we would not have associated naturally but whose assembly and proximity become evident.

This is surely what emerges from listening to this disc, it is obvious that something new can arise from the meeting on condition of agreeing to go there really, without too many precautions, without too much d ‘hesitation. We go there and see, we take the risk, we get out of balance, because that’s where we feel the best. When they play together, no modesty of style, no false elegance of esthete, here it plays rough, the hands are made to type, the feet are made to dance.

Fantazio & Les Turbulents re-enchant the surrounding world, swallow, digest and regurgitate the sounds that surround them, but by deterritorializing them from a few galaxies, so inevitably, it distorts the shapes and contours a little, and it gives a truly unique and incredible result.

It is therefore without any hesitation that we accepted the proposal made by Fantazio to publish these recordings in the La Belle Brute Collection, which since 2016 has endeavored to make singular recordings heard and share atypical disc objects destined for all curious ears. This disc is like a backbone that brings generations together, from the Seine-Saint-Denis’ historic canal around Duban & Buten to current initiatives in a way to rethink institutional psychotherapy, via Sonic Protest or La Belle Brute, like a puzzle bringing together pieces not so far apart and yet not so often gathered. This is also that, the fight against fragmentation, and it is also why this disc is precious.