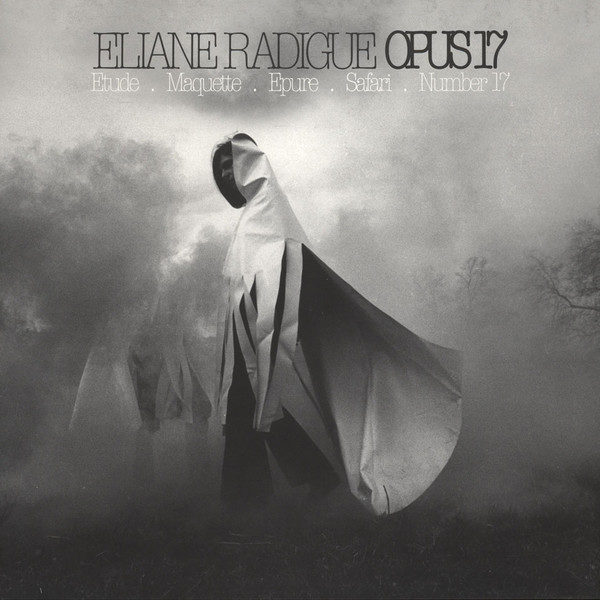 alga marghen very proudly presents “Opus 17”, a major turning-point in the sonic oeuvre of Eliane Radigue. Finished in 1970 it was the last work composed with feedback materials. From that experimental period “Opus 17” preserves the plastic character: a music made of rough sonic phenomena, at once harsh and granular, possessing a quality of materiality and tactility. Its vibrations structure the air surrounding the listener with densities, thicknesses, indeed with palpable movement. Her compositions are frames which let us hear these phenomena, open frameworks from the sonic installations of her Endless Musics (cf. “Feedback Works 1969-70” LP issued on alga marghen) and here reinserted in the five scenes making up “Opus 17”.
In 1970, in her studio of very rudimentary means, she developed a completely unique body of work centered on sounds produced by feedback. “Opus 17” has the quality of showing off the sum of the achieved techniques and methods. Eliane Radigue’s music has never been rooted in ideas but in practice, the intimate experience of things in the wild which she has known how to tame. This dialog both intense and poetic which she keeps up with the solid matter of sound finds a remarkable concretization in “Opus 17”.
It is to be underlined that with “Opus 17” Eliane Radigue inaugurates a technique of composition which will be her footprint, her trademark: imperceptible transformations. For that she has developed a technique of meticulous mixings, based on the slow passage from one section to the next. Imperceptible, all during the piece, we pass, ceaselessly and without noticing the changes, from one frequency flux to another. Time is suspended, smoothed out, stretched. It is this technique which Eliane Radigue will be essentially using for all the electronic works to come and which she will never cease to refine and render always more subtile.
“Opus 17” is the great panoramic voyage through material sound, its electronic phenomena detailed as if in a microscope. Could feedback really contain such a universe? “Yes”, the work of Eliane Radigue answers, but that exploration was not that easy: one had to learn to listen. It required Eliane Radigue’s great demands on listening which led her to the discovery of such treasures. Unknown wealth in a material often rejected as trivial.
As Rhys Chatham recalls: “Eliane Radigue (…) had just moved to New York and had the idea of acquiring an analog modular synthesizer, which is why she worked at NYU in order to try out the possibilities of the Buchla 100 series which we had there. One day, while gossiping, she invited me to her loft, which was just on the corner. She had me listen to a piece composed in France; the piece called ‘Opus 17’. (…)  What I heard changed to course of my life as a composer. (…) That piece, impressive source of inspiration, gave the impression of being in a grand cathedral, both for the sensation of immensity of being in such a large cathedral, as for the effect of being so close to God”. This anecdote has its importance because it is evident when listening to the feedback works that Eliane Radigue had already put in place the essential part of her musical æsthetic.
“Opus 17” was created at the artistic center of  Verderonne on May 23, 1970, for the Fête en blanc (i.e. White Festival) organized by the visual artists Antoni Miralda, Joan Rabascall, Dorothée Selz and Jaume Xifra.
Previously unreleased, “Opus 17” is now issued on alga marghen in a first edition of 400 copies in gatefold sleeve.