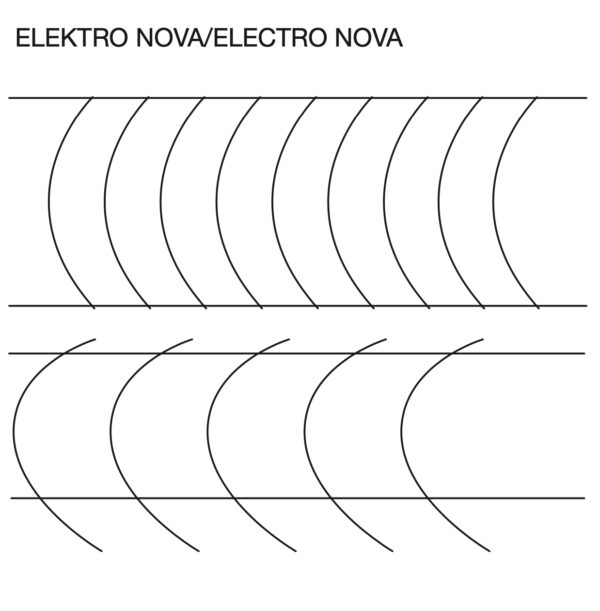 Like a rediscovered Viking burial ship, Electro Nova compiles near-mythical drone recordings produced in 1998 and described by Helge Sten aka Deathprod as some of the most important music to ever come out of Norway. It’s the work of Kåre Dehlie Thorstad and compiles two of the earliest releases on Smalltown Supersound, back when it was basically no more than a bedroom operation. It’s taken over two decades, but finally the label have given the material a first ever proper release on vinyl, complete with mixing and mastering by Deathprod. If you’re into the ice cold swells of anyone from Thomas Köner to Harley Gaber, Biosphere, Kali Malone or, of course, Deathprod – this one’s as essential as they come.
Kaare Dehlie Thorstad’s Elektro Nova produced just two releases during the late ‘90s that have since slipped into drone lore – Trans-Inter-Ference and Elektro Nova/Electro Nova. Admired not only by Deathprod and Joakim Haugland of Smalltown, but also by his contemporaries Lasse Marhaug and Biosphere, his work has evaded pretty much any attention outside of Norway these last two decades. Following a chance meeting with Thorstad at Oslo airport a few years back, Smalltown were prompted to give the recordings a second wind, presenting what is essentially a captivating new release, and crucial addition to the Norsk drone canon.
As the story goes, Thorstad was studying photography in the late 90’s in Scotland, but instead of delivering a photo for his final exam he made a record – a double album (2CDs) and a 10” to be precise. That should provide some idea of the textural synaesthetic and landscaping qualities evoked by his music, which he ended up sending to a then-young Smalltown label, who were mostly issuing tapes at the time. With no proper distribution the records largely bypassed wider attention, and become a personal favourite of Smalltown’s Joakim Haugland, as well as avowed fan Helge Sten (Deathprod), who helped render its diaphanous scale in mix down, and Lasse Marhaug who describes them as “two perfect records that deserved much bigger attention”.
Between its jaw-dropping opener; the post-apocalyptic vision of its untitled part; and the cinematic white-out of the 10” tracks; Thorstad comes as close as we’ve ever heard to evoking the inhospitable nature and stark beauty of the wild far north. We can hear those landscapes palpably internalised and alchemically transmuted into its coarse grained textural swells and a reverberating multi-dimensionality, variously sustained to extents that evoke an abandonment of the senses, or likewise squashed and isolated to imply the relative anxiety relief of atmospheric flux, where a few degrees temperature rise or a drop in the wind speed can make the difference between life and death.