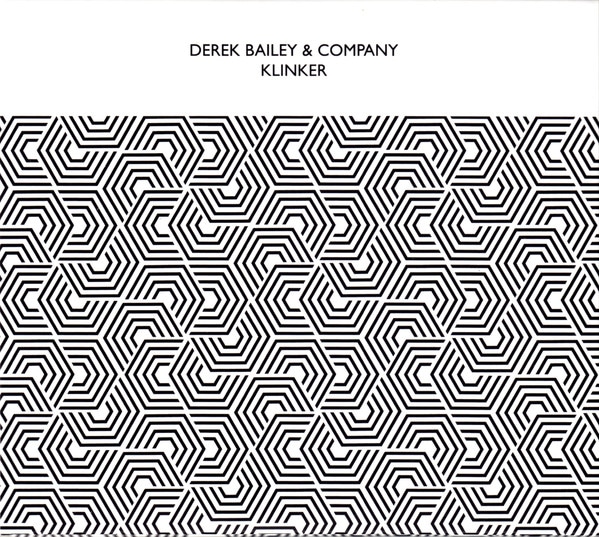 Factory pressed 2 CD in printed triple panel Ekopack cardboard sleeve.
Derek Bailey : guitar. Simon H. Fell : double bass. Will Gaines : tap dance. Mark Wastell : violoncello. Recorded live at The Klinker, London on Thursday 24th August 2000. Compèred by Matt Scott. Original DAT recording by Tim Fletcher.Mixed and mastered by Simon H. Fell. Produced by Mark Wastell.
One of the special qualities of improvisation is the array of responses musicians and performers have to the environment they find themselves in. The club, as you can hear immediately from the opening announcements, was in quite a small space, in a back room. It had kitsch disco mirrors all along the walls and a hard floor and ceiling, everything sonically enhancing and reflective, so the room was actually even smaller than it sounds. Tim used to arrive early every night to set up his recording equipment and tape the leads to the floor to stop people tripping on them and dragging everything across the room. At one point he was experimenting with pointing a microphone towards the ceiling to capture a more evenly balanced and diffused sound. A kind of reverse Dizzy Gillespie approach.
I didn’t expect to hear the kinds of sounds that emerged on that night from the band, far less angular, rough, or confrontational, instead it was introspective and elegant, carefree and humorous, delicate and fragile. The audience was crammed in tight, there wasn’t much room to move about, but everyone was absolutely attentive and quiet and really seemed to be enjoying it, seizing the opportunity to express it whenever they were given a chance in the gaps. Unanimously in love with Will, his patter, and his spanner in the works of any possible attempt at over seriousness.
This was the only occasion that Derek Bailey’s Company graced our humble event. Perhaps the acoustic peculiarities of the room, the concentrated focus and proximity of the audience, and the hot summer evening all contributed to the unique result. How fast things change in the small corner of the music scene that the Klinker has been part of over the years. Wonderful to have this treasure from the past. Oh yes, and choc ices.
(Matt Scott)