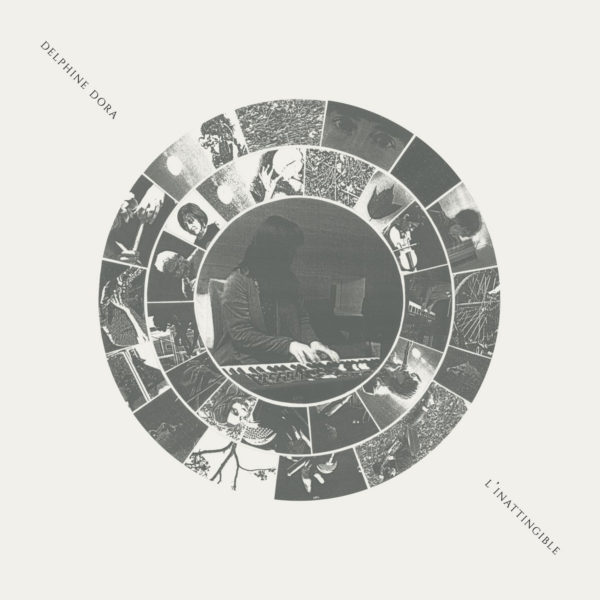 With L’Inattingible, Delphine Dora’s music unfolds by drawing upon a new palette of colors. It will not escape anyone, that after having sung, in foreign, invented languages, or through extended vocal techniques, the musician resorts for the first time, to solely using the French language; and that after having often set texts and poems by other authors to music, she authorizes herself here to sing her own texts and fragments.
But beyond these formal enrichments, the new musical ambitions developed through L’Inattingible are to be found in the very fabric of the record. If the previous albums had been conceived through improvisations or spontaneous compositions, the new pieces have found their definitive incarnations through a lengthy process of collation, rewriting, and a multitude of transformations. Moreover, the composition process now involves a complex montage of texts, sounds and instruments. If the keyboard remains the inextinguishable lung of the record, it is no longer rare to come upon Delphine’s sung lines and have them echo into a lush instrumentation – where in voices and instruments create a language, and develop dialogues that have never been heard before.