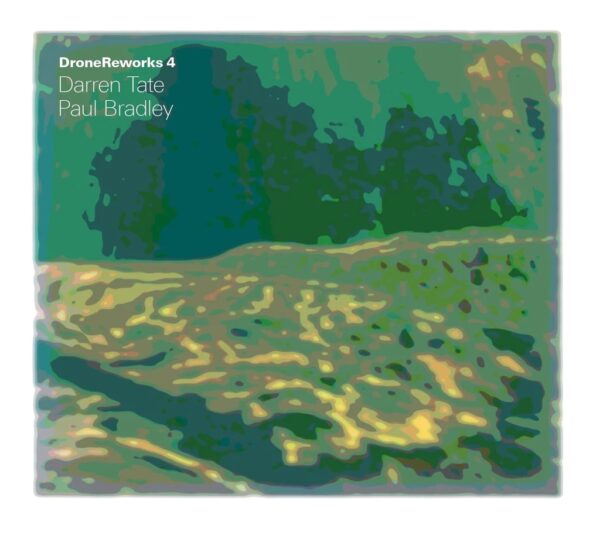 Back in 2004 Paul Bradley started a sub-label to his Twenty Hertz imprint called Drone Works. The principle was that he would ask ‘fellow travellers’ to make a piece of around 20 minutes, each of which would be released as a simple CDR. Fourth in the series was the surprisingly titled ‘Drone Works 4’ by Darren Tate,a piece that I was particularly fond of. Fast forward 17 years and Darren decided to do a limited art edition re-release, a copy of which he sent to me. I was surprised to find that it was a double CDR, comprising 2 tracks per disc, all variations of the same theme. When I asked him about this he said that originally he had sent a track of organ improvisations to Paul, who had then made 4 versions using the source recording. Darren chose his favourite, which became the release and the other variations remained unheard until 2021. I listened to both discs many times and enjoyed them very much. I came to the conclusion that they deserved a wider release. With a little editing, I managed to fit all 4 tracks on to a single CD. I hope you enjoy this as much as I do.
Colin Potter, London 2022