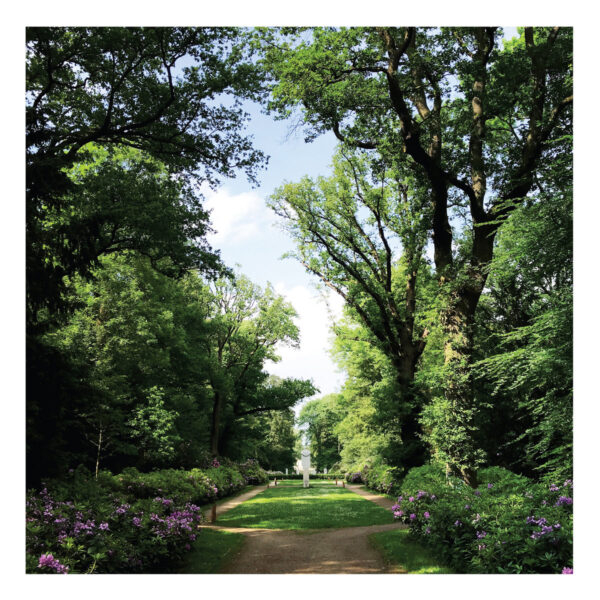 One look at the sleeve of Haarlemmerhout, the new album by Dutch electronic musician Coen Oscar Polack, and you immediately know he is a romantic soul: blossoming trees in spring and blue skies with fluffy clouds. It’s urban escapism. It’s the park in which you want to get away from other people, it’s the place you want to forget time. And that is also what he wants his music to sound like.
Coen Oscar Polack made a name for himself on the Dutch Narrominded label. With The Skipping Monk (2009) he took us on a sound documentary through India, and on his last offering, Fathomless (2013), a collaboration with IDM-artist Herman Wilken from Hydrus, he made a soundtrack for an expedition to the depths of the arctic ocean and the inaccessible mangroves in the Bay of Bengal. After several collabs with the noise lords of Glice, Polack is finally back with a full solo album. For Haarlemmerhout he seeks inspiration closer to home, in his hometown of Haarlem, and guess what: he never sounded more exotic.
Haarlemmerhout is a park in the south of Haarlem, made famous in the book Camera Obscura (1839) by Romantic writer Nicolaas Beets. On his album, Polack gets really close to everything in the park and pulls you into the fiber. He uses local field recordings of pigs from the petting zoo and bird traveling northwards from Africa to their homes in the north. He tears the sounds apart and builds them up with layers of synths and electronics. It’s a thin line between reality and synthesis, and that’s exactly the point. Like a heavenly merge between the pristine field recordings of Chris Watson and the sweeping electronics of William Basinksi.
On Zelfopoffering in een zwemmer (‘Self-sacrifice in a swimmer’) you hear swirling streams and fluttering synths and in Welke bezweerende of magnetische kracht (‘What spellbinding or magnetic force’) Polack alters the sound of a squeaky fence into an emotional, tear jerking ambient-piece, before giving his take on new age on the breathtaking आवारा (Awaara (hindi), meaning: drifter). It’s not a slick piano playing to a backdrop of a friendly Bob Ross-like creek, but a true symbiosis of natural and synthetic sounds, reminiscent of the melancholic works of Fennesz.