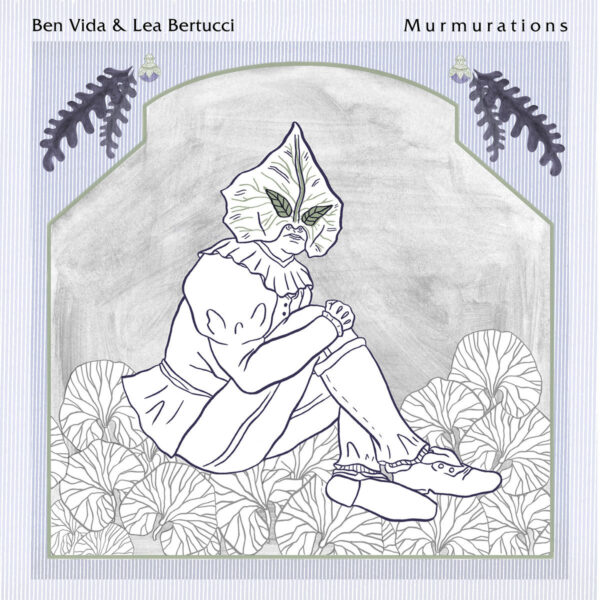 Ben Vida and Lea Bertucci have been releasing exceptional material for years, but this collaboration – described by the two as a series of conversations that developed into a unique form of nonhierarchical improvisation – scrapes at spaces neither artist has fully explored on their own.
As the duo developed their ideas, both working from different sides of the same mountain in upstate New York, they watched as their artistic identities fell away and their language evolved into something altogether new. As a result. we get to hear two artists at the pinnacle of their respective practices rediscover the glee of improvisation and sonic experimentation.
Loosely, the pieces feature Vida working with modular synth, disintegrating a library of sounds recorded by Bertucci: bass clarinet, saxophone and wooden flute. Alongside, Bertucci stretches the limits of her instruments, eschewing harmony and expected tonality and wielding the arsenal to bring out guttural human sounds – breaths, finger presses, scraped squeals, unfurling giddy tape machine manipulations that abstract Vida’s modular concoctions to further blur the lines between the two artists.
Opening track ‘Gasps and Spasms’ sets the tone, accenting Bertucci and Vida’s voices and the interplay between mouth sounds and instrumental pops as elements tumble into each other like a snowball skating down a mountain. ‘Ghost Pipes’ splays dissonant specters of flute across rocky passes made up of ASMR particles and inverse drones to uncanny, goose-pimpling effect, somehow tangling folk, jazz, classical and avant garde traditions into ancestral sci-fi tapestries.
The album’s most surprising moments come when the duo fully lean into phonetic morphology, splattering words into dissociated delay patterns and white noise tides, dilating intimate moments (an impromptu laugh, a dropped phrase) into abstract verse. Those sounds build into the album’s title track, where a ticking clock underpins cosmic whirlpool delays and intense, hypogean groans.