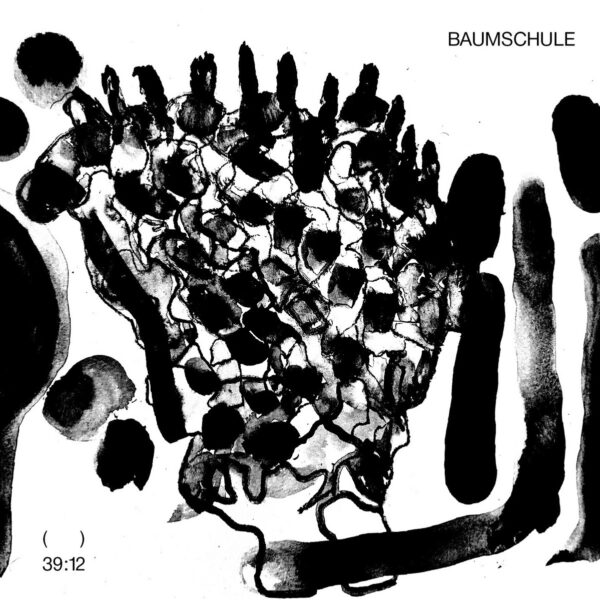 Baumschule was formed following the meeting in 2019 of three musicians with already expansive experimental practice: pianist Raphael Loher, drummer Julian Sartorius and guitarist Manuel Troller (whose solo album Vanishing Points had been released a year earlier on three:four). While Troller and Sartorius had been performing as a duo for some time, and Loher and Troller were already playing together on a more occasional basis, piecing together these three players was a first. After playing entirely improvised concerts, the trio started to explore a seemingly simple idea in the studio: to engage with a limited musical material and let it slowly unfold. A bit like planting a seed and watching it germinate. By setting themselves a set of limitations and rules, which in turn raise new musical questions to be solved, the three musicians have turned Baumschule into a creative playground which exude the sheer pleasure of playing together and listening to others.

The music which came out of the studio session is imposing in appearance: the single piece of the record is close to 40 minutes long. But truth is, it is based on a skillful balance between composition and improvisation, repeated patterns and blossoming micro-variations resulting from individual decisions, phase shifts and resynchronizations, linear progression and tabular strokes. In order to fully perceive these permanent oscillations, the trio invites us somehow to develop two simultaneous ways of listening: one that would focus on the instantaneous development of musical motifs; the other, based on the memory of forms, that would focus on the slow unfolding of the piece.

Listening to Baumschule gives a fascinating impression of musical twisting, as if their music propelled itself through a helical and upward movement. Most likely, this has to do with the fact that, while constantly reacting to one other, the three musicians seem to play on different planes and tempi: Loher works his material in a sprawling manner, Sartorius imperceptibly proliferates like a cellular network, while Troller moves forward with the regularity of a natural cycle.

If the respective trajectories of the three members seem to place them in the footsteps of a reductionist approach, one can just as easily listen to their project as a record of improvised music exploring the canvas of an invisible plan. This is to say how much the trio constantly thwarts what one may expect or discern from it: no sooner are one’s ears caught by some clear guitar lines, some elaborate texture of bowed piano strings or some identifiable rhythmic units, than the two other thirds are already reconfiguring the trio’s material. Behind its apparent immobility, Baumschule (“nursery”) is teeming. Behind the tree lies the forest.