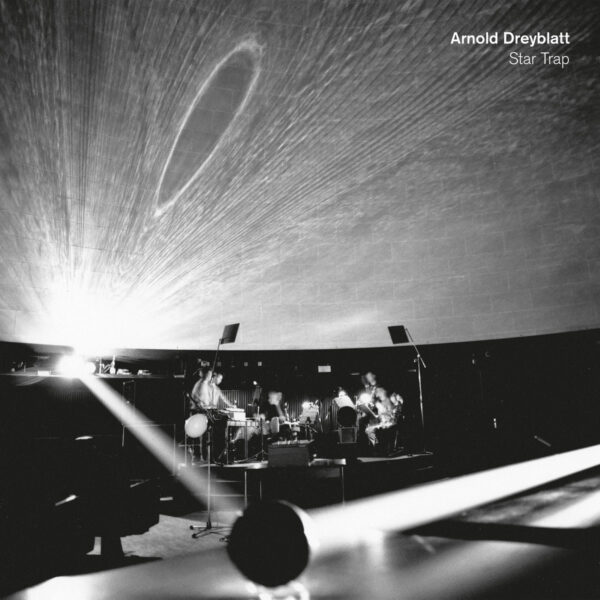 Stunning archival live recordings from the 90s of Arnold Dreyblatt & The Orchestra Of Excited Strings which have remained unreleased until now.
Star Trap presents a selection of hitherto unreleased 1990s recordings from Arnold Dreyblatt and his Orchestra of Excited Strings. Following on from Black Truffle’s wide-ranging archival Second Selection (2015), which presented a smorgasbord of unreleased material from between 1978 and 1989, Star Trap mines Dreyblatt’s extensive archive of unheard recordings from the 1990s, uncovering six pieces performed by three different iterations of the Orchestra of Excited Strings.
While Dreyblatt often performs in his ensembles on his signature Excited Strings Bass (a double bass strung with piano wire), here we find him in the composer’s chair and behind the mixing desk, leading ensembles of modified percussion, string, and wind instruments. Four of the pieces make use of Dreyblatt’s Dynamic Processing System (heard on a stunning pair of solo pieces for electric guitar featured on Second Selection), in which the opening and closing of digital noise gates are controlled by an external signal (in this case, a recording of faulty escalator). Rather than the relentless thudding rhythms of 1980s works like Nodal Excitations, the ensemble pieces here are closer to the propulsive, at times even funky rhythmic foundation of Dreyblatt’s classic Animal Magnetism (Tzadik, 1995), but further enlivened by the unpredictable accents of the Dynamic Processing System.
On ‘Escalator’, a six-piece version of the Orchestra performs the notated stuttering rhythms and shifting accents of the gated escalator recordings, without the actual Dynamic Processing System being audible. On the remaining two pieces, composed for the tenth anniversary of the Orchestra of Excited Strings in Europe, Dreyblatt made use of algorithmic software to generate material. But far from austere exercises, these pieces are perhaps the most immediate of all, as the Orchestra exuberantly tears through a sequence of repeating rhythmic and melodic cells, dazzling the ear with the overtones generated by Dreyblatt’s twenty-note microtonal scale. At times recalling aspects of the work of Peter Zummo or Arthur Russell’s Instrumentals, but with a massive dose of sonic heft, this is music for both the mind and the body.
Mastered and cut by Kassian Troyer at D&M, Berlin.
Design by Lasse Marhaug.
Includes liner notes by Arnold Dreyblatt.