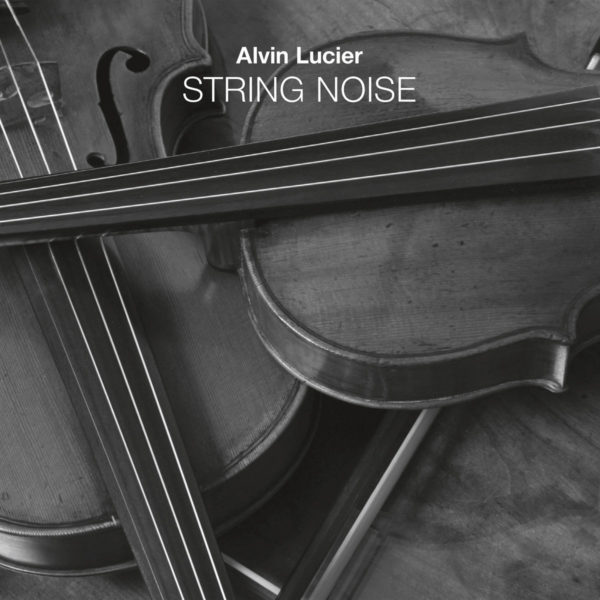 Continuing Black Truffle’s series of releases documenting the recent work of legendary American experimental composer Alvin Lucier, String Noise presents three major works for violin solo and duo composed between 2004 and 2019. Lucier has developed his compositions in close collaboration with many instrumentalists over the years; the three works presented here are performed by the violinists for whom they were originally written, Conrad Harris and Pauline Kim Harris, who together make up the innovative violin duo String Noise, and have premiered works by a plethora of major figures in contemporary music. The long-form compositions presented here continue Lucier’s life-long exploration of acoustic phenomena, drawing on aspects of some of his most well-known compositions and extending them into new instrumentation. Tapper (2004) extends the experiments with echolocation – gathering information about an environment by listening to the echoes of sounds produced within it – that Lucier began with his classic 1969 work Vespers, where performers explore a space equipped with hand-held pulse oscillators. Here, the same principle is put into practice for solo violin, the body of which the performer taps repeatedly with the butt end of the bow while moving around the performance space. The result is a subtly shifting web of echoes and resonances produced by the reflection of the sharp tap off the surfaces of the room (in this case, the Drawing Center in New York). In Love Song (2016), two violinists are connected by a long wire stretched between the bridges of their instruments, causing the sounds played on one violin to also be heard through the other. As the two violinists play long tones using only the open E string, they move in a circular motion around the performance space, thus changing the tension of the wire, which creates a remarkable array of variations in pitch and timbre ranging from ghostly wavering pitches reminiscent of a singing saw to near-electronic tones. In Halo (2019), one or more violinists walk slowly through the performance space in a zig-zag pattern while sustaining long tones. As in Tapper, the consistent sound production reveals the sonic properties of the environment. As the title of the piece suggests, the outcome is a shimmering halo of sound produced by the reflection of the violin’s extended tones off the walls and ceiling of the performance space (in this case, Alvin’s home).
2CD release presented in a deluxe 4-panel digipak with liner notes by Alvin Lucier, live images and artist bios. Sleeve design by Lasse Marhaug. Mastered by Tom Hamilton.