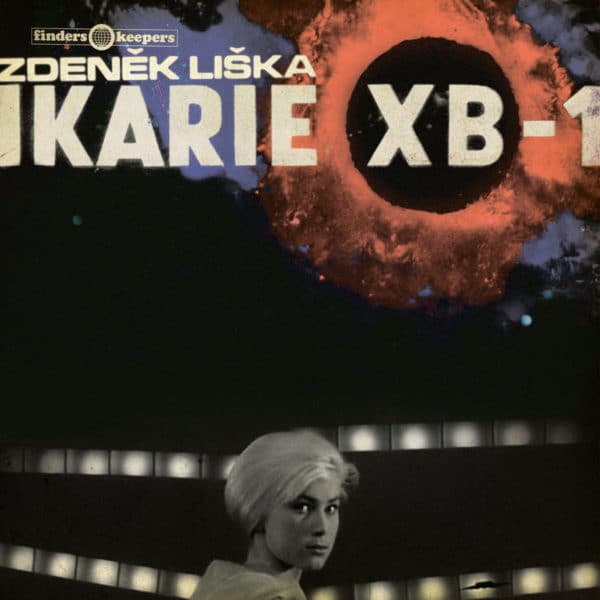 Liška, the Czechoslovakian word for fox. Beguiling in its beauty, cunning in it’s charm. Said to be one of the most intelligent animals on the planet its global family consists of thirty-seven varieties; all of them recognised, respected and feared for their persuasive, creative, resourceful and elusive nature. The Liška we will talk about today is no exception to these hereditary rules and within the grooves of this record Finders Keepers present an “elusive” musical artefact that best exemplifies every facet of this composer’s animal namesake.

Had he not been born in the small Bohemian town of Smečno in the early 1920s the story of The Fantastic Mr. Liška might have well taken a different course. Alternatively, fettered by the hampers of communism, this lifelong resident of Czechoslovakia would never quite find his seat at the same table as the likes of John Barry, Ennio Morricone, Michael Nyman and Stanley Myers, nor drop enough phonographic breadcrumbs to track his legacy. But having waited patiently behind the borders of the wider landscapes of international cinema, Liška’s musical brood, spanning multiple stylistic decades and generations, has now started to walk proudly amongst his would-be, latter-day compeers. In an era where music lovers have almost become immune to adjectives like “lost”, “rare” and “unreleased” in a climate where previously lesser-known off-kilter master composers such as Vannier, Kirchin and Axelrod have become widely revered, it is perhaps the perfect time for discerning listeners to advance above the feeding trough and seek out this truly pioneering and revolutionary Eastern European composer. Rivalled only by the likes of Krzysztof Komeda and Andrzej Korzynski in Poland, alongside Alexandr Gradsky in Russia, and often splitting workloads with fellow Czech composers like Luboš Fišer, Zdeněk Liška’s filmography of over almost 300 fully formed movie scores virtually eclipses the achievements of these socialist era luminaries. Respected unanimously in both Czech and Slovakian by studio bosses, producers, directors and actors alike Liška is widely known for his ability to take the existing energy in a reel of film and literally change the polarity to suit his own interpretation while maintaining the full support from his “client” who would in-turn end up working under this composer’s creative direction. Not only was Liška a genius of emotive orchestral and coral composition, his grasp on small group arrangements and intimate, minimal scores set him above the competition. By utilising primitive sample techniques by “looping” a films existing ambient noise, or rearranging found sounds and dialog into subtle melodic arrangements, Liška would independently develop his own techniques which had simultaneously become known in Paris as musique concrète. It is a direct extension of these experiments that saw Liška also draw parallels with Walter Branchi (Ennio Morricone’s main electronic sidekick) in Italy as well as Daphne Oram in the UK, making Liška a relatively untravelled pioneer of early electronic composition and sound design due to his unlikely global environment. Imprisoned, preserved or reserved; time has been kind to Liška’s music.