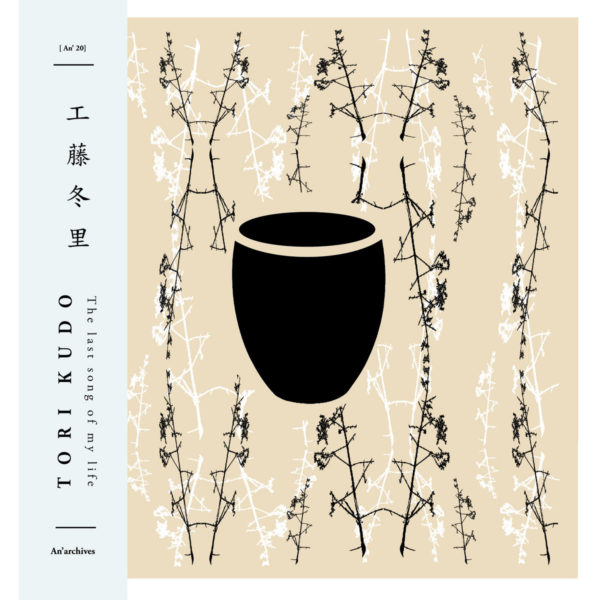 "The last song of my life"

This album documents a recording of Tori Kudo’s Last Song Of My Life. Some may know Kudo already as prime mover in pop-naif collective Maher Shalal Hash Baz; his history stretches back over four decades, and he’s a significant figure in the Japanese underground, thanks to his membership of groups like Noise (with his wife Reiko Kudo), Guys ’N’ Dolls, Snickers, and Sweet Inspirations. Untold numbers of said underground have passed through the ranks of Maher Shalal Hash Baz, among them members of Luna Park Ensemble, Fushitsusha, High Rise, Tenniscoats, Los Doroncos, Nagisa Ni Te and Ché-SHIZU. He’s also a ceramicist.
On this album, Kudo and his musical collaborators performed “Last Song Of My Life” to accompany the screening of a film work by Umi Ishihara aka Ummmi entitled The Garden Apartment. During the performance, the members of the ensemble were instructed to play either the eight-bar score that Kudo provided, or noise, depending on their response to the film work that was being projected. If you’ve been following Kudo’s recent releases, particularly his recent, prodigious output on Bandcamp, “My Last Song Of My Life” feels almost like a totemic score for him – he returns to it repeatedly, elaborating different takes on its graceful melancholy.
Here, that melody cycles slowly for fifty minutes, the spine of a performance that sees Kudo and his ensemble stretching out, members of the ensemble drifting off on diversions, floating gusts of loose improvisation across Kudo’s gorgeous melody. It’s a beautiful, hypnotic performance that, across its fifty-minute arc, brings to mind, fleetingly, The Red Crayola With The Familiar Ugly, Walter Zimmermann’s Lokale Musik, Christian Wolff’s Exercises, James Tenney’s Postal Pieces, but stays fundamentally Kudo throughout. It’s another excellent example of the deeply human beauty at the core of Kudo’s approach to music-making.