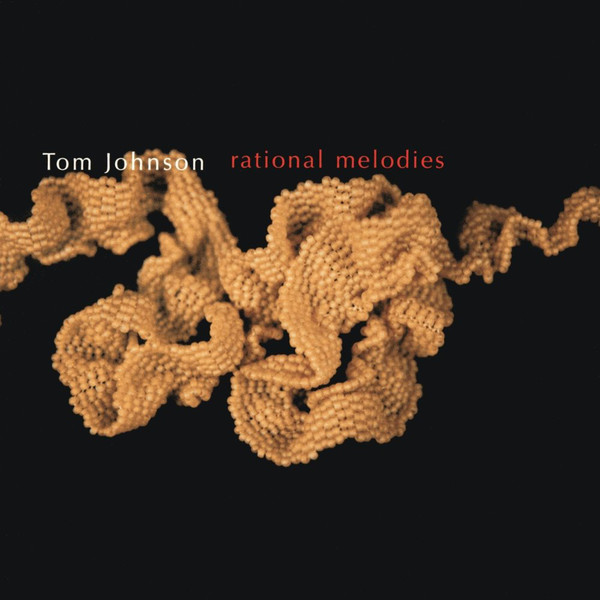 Dedalus: Didier Aschour, guitar, music director; Amélie Berson, flute; Eric Chalan, bass; Denis Chouillet, piano; Thierry Madiot, trombone; Pierre-Stéphane Meugé, saxophone; Silvia Tarozzi, violin; Fabrice Villard, clarinet; Deborah Walker, violoncello. “I am particularly pleased, because the result is so different from the solo flute recording of Eberhard Blum and the solo clarinet recording of Roger Heaton. It is not just another interpretation, but a case where interpreters have added so much insight to the music that the music itself has grown. When I was composing this music around 1982, I really thought I was simply writing melodies, but now these little pieces, though remaining melodies, have become something much more, something I would never have imagined. They have become what you hear on this CD.” Tom Johnson

“Tom Johnson (b. 1939) belongs to a generation of American composers who founded musical minimalism. We know that this term was first applied to the visual arts, notably to Donald Judd, Robert Morris, and particularly Sol LeWitt, whom Johnson recognizes as an influence. However, it wasnt the repetition in itself that interested him, but rather the idea of music as a process. Steve Reich applied this idea brilliantly in his phase pieces. But after 1975, while the same Reich distanced himself from the radicalism of his first works, and younger American composers came out with music that was lusher, more expressive, even sentimental, Johnson insisted on the unrelenting rigor of formalized processes. The Rational Melodies, composed in 1982, may be regarded as the outcome of this research, first of all by their sheer quantity, but also by the fact that they summarize brilliantly and clearly procedures from the past, present, and future, which together characterize his work: combinations of cycles of different lengths (I, IV, XI, XVII, XVIII), permutations (VII, X), the paper-folding or “dragon” formula (II, XIX), other automata (XVI, XX), or self-similar structures (XIV, XV).”