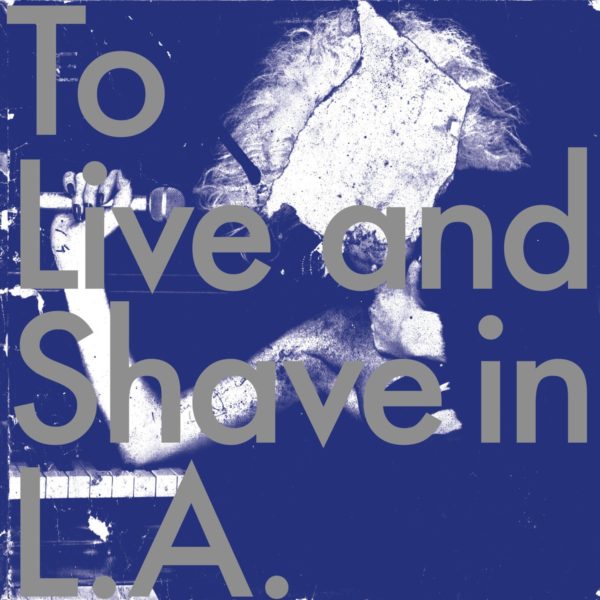 TO LIVE AND SHAVE IN L.A.

"Spatters of a Royal Sperm"

« Twenty-Four years ago back in 1994 the first To Live and Shave in L.A. CD 30-Minuten Männercreme was released. Jim Magas, the indie buyer at the local Ann Arbor Borders Books and Music convinced myself and pal Andrew W.K. to buy it…telling us that it’s some of the most fucked up music we would ever hear. He wasn’t wrong, it blew our teenage minds….we had NEVER heard ANYTHING that sounded like this…and it remains one of the most influential music releases of my life. It was and is one of the most psychedelic things I’ve ever heard. It was a maximalist blast of pause-button tape “loops”, doubled up rock crooner vocals, noise guitar blasts (supplied by Harry Pussy’s Bill Orcutt), recorded and mixed with mind scrambling hi-fi clarity, by Tom and long time Miami underground music beacon Frank Falestra aka Rat Bastard.
Before that monumental album was recorded, TLASILA’s main man Tom Smith had recorded 4 songs to be released as a 7 inch back in 1992. The label, afraid of the new name wanted to release the record under Tom’s previous moniker ‘Peach Of Immortality’. This wouldn’t do as it was a new beast all of it’s own. Alas, the release was shelved… until now.
The Side A of this LP contains the complete unleaded 4 song 7 inch, recorded by Tom in his very first of many projects with longtime collaborator Rat Bastard. Tape loops of dollar bin garbage reworked into disorienting alien rock music with freak-pop hooks. I challenge you to find me another recording project as freaked out and unlike anything as this. Go for it! No hyperbole…This is the unheard blueprint recordings of one of the most creative projects in the history of underground music.
The B-side of this LP is unreleased dub experiments Tom was doing through the years 1977 – 1980 and available only on this vinyl, and not available with the digital download. » Aaron Dilloway, May 2019
250 copies
For Fans Of: Harry Pussy, Sonic Youth, early Severed Heads, TheHanatarashi, Aaron Dilloway, Evil Moisture, Tod Dockstader, J Dilla, Giorgio Moroder, Public Image Ltd, Pussy Galore, Death Mix-era Bambaataa, Doris Wishman, and Captain Beefheart.