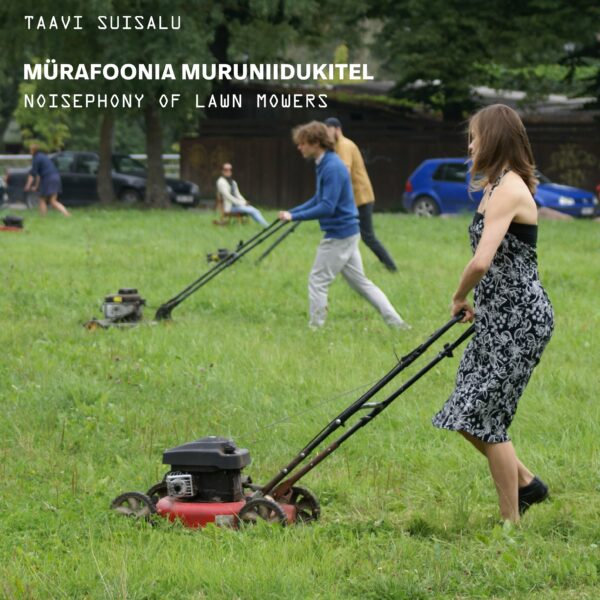 Taavi Suisalu is an Estonian media artist particularly interested into complex and adventurous sounds, field recordings and harsh audio emergencies, organized under the form of symphony or as a result of performative interactions.

In 2014 Suisalu received the Young Estonian Artist Prize as curator of Project of In-existent Villages, an articulate exhibition full of installations and site-specific sound performances. The use of peripheral spaces and the crossovers, sometimes extremely creative, of human interactions, data, sounds and technologies, are recurring in the works of Suisalu, whose subjective perspective unconventionally investigates different social and cultural phenomena. He is always attracted by the different forms of technologies. It can be an old seismograph he reconstructs to record the underground vibrations of a volcano, or, it can be some 3D models he uses to analyze a grain of soil coming from the ancient Pompei. The results of the researches would lead to the installations. The whole set of data is often the premise of a narration, a datafiction, as in the case of the signals recorded from some abandoned satellites, who are later presented with a speed set by the position of other satellites gravitating above the gallery hosting the event.

“Noisephony of Lawn Mowers” was originally composed in 2013, but it was unreleased until now, when Staalplaat, a fundamental label for its unusual experimental connections and for the sound events performed in unconventional spaces, decided to publish it. It’s a score for lawnmowers, whose making is given to a conductor and executed by a group of artists. Suisalu reminds us that historically, lawn has been a symbol of power and wealth as it required substantial upkeep and unused land. Today, it still indicates wealth, but is mainly maintained by the owners themselves. This puts us in a schizophrenic situation where we strive to be privileged by taking the role of the servants.

“Silver Meets Ted” is the other track included in the selection. It’s a recording of over ten minutes, whose trend cryptically moves on and with some unsettling minimal tolls, always more metallic. Some deaf beats follow, and then we have a splash of water and some slightly hinted neighs, chirps, different spills of liquid, more intense and measured, clackings and vibrations, some hardly identifiable frequencies and again a series of punctuated metal bells. The work by Taavi Suisalu stands out as a calibrated combination of mathematical coherence and elements of surprise, automatized and causal processes, some small oblique utopias, that work well together by improving highly subjective resources and create some slightly unsettling final results.