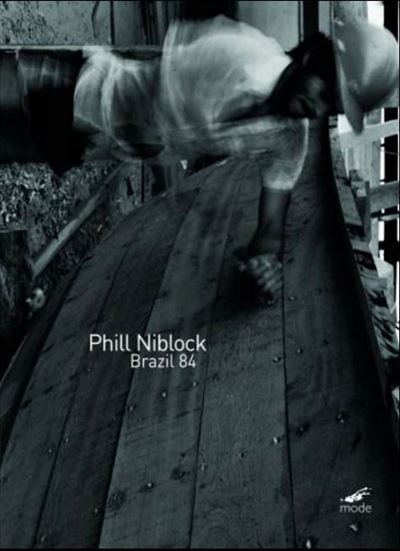 16mm film with music soundtrack by Phill Niblock. “Three Orchids” for 3 orchestras (2002-03). Orchestra of the SEM Ensemble, conducted by Petr Kotik. “Two by Tom,” for 2 orchestras (2005). Trio Scordatura (Amsterdam) and the Nelly Boyd Ensemble (Hamburg). “Three Orchids” (2002-03). Trio Scordatura.
Region 0, NTSC. Aspect Ratio 4:3. 5.1 Dolby Digital & DTS Surround and Stereo.
Phill Niblock (b.1933) is an intermedia artist using music, film, photography, video and computers. He makes thick, loud drones of music, filled with microtones of instrumental timbres which generate many other tones in the performance space. Simultaneously, he presents films / videos which look at the
movement of people working, or computer driven abstract images floating through time. Brazil 84 is from Niblock’s series “The Movement of People
Working.” 16mm, unedited long shots, carefully framed to compress single movements, shot in rural and urban settings, capturing people in their working environments, men and women using their hands and body to an eternal working choreography that seems tuned to the microtonal universe of Niblock’s music.
All these images are timeless, they could have been shot today, in the ‘60s or even earlier in the century. All these images have a perfect timing, a perfect framing, captured not as a document but more as a choreographic gesture, as visual music. The images are raw, the colors are saturated and the sound seems to happen in your head.
Phill Niblock says: “In 1984, I returned to Brazil, deciding to travel the coast, closest to the ocean, from Salvador, Bahia, to as far north as I could get in the time I had. That turned out to be Natal, 1000km away. I was the sole film crew, carrying the camera bag and tripod, loading the film, reading the light and occasionally applying sun screen. The film from that trip is the material on this
DVD. And it was beautiful to see that country and those people.”
Originally silent, Niblock chose to add his music as the soundtrack, as he often does during screenings of his films. These works, specially compiled for this release, are presented in both stereo and surround mixes. For this DVD, a new transfer was made of the original 16mm film, which was then restored under Niblock’s supervision.
The Digipak package contains a booklet of essays by Niblock, Bob Gilmore (music), Carlos Casas (film) and Johan Vandermaelen (the recordings).