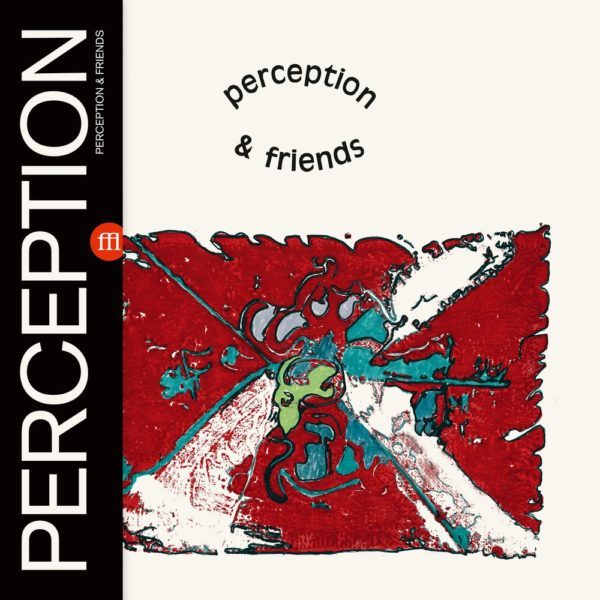 “After their first album which came out in 1971 on Futura Records, Perception wanted to rapidly record a second, but Gérard Terronès did not want to produce another, especially so soon after the first. Therefore, the only solution was to produce it themselves. It is thus completely logical that it came out on the label of the Association for the Development of Improvised Music (A.D.M.I.) created by Didier Levallet with the aim of promoting creative music ( and, on this subject, it was this same label which also produced the excellent Inter Fréquences by the Free Jazz Workshop).
As the album was entirely created from A to Z by Perception, they decided on a more ambitious project, exploring a wider palette of colours by augmenting the original quartet with additional instruments. So, it was with numerous guests including Teddy Lasry, Jean-Charles Capon, Kent Carter and Jean-François Jenny-Clark, that Perception developed still further the apparently contradictory directions which were their specificity. This is further highlighted by the fact that Siegfried Kessler, largely absent on this recording, is temporarily replaced by Manuel Villaroel, a pianist from Chile with a completely different temperament (and, by-the-by, already the name behind the superb Terremoto with the Matchi-oul Septet).
Contrary to the first album, which seems in comparison much more compact and united this second (and second-to last, not counting the live recordings), with the many different options proposed, would seem to predict the different directions that musicians from Perception would subsequently take. One track, by Yochk’O Seffer, who had already been part of Magma two years previously, looks forward to the more structured Neffesh Music, whilst, in the opposite direction, another track, by Didier Levallet, is more evocative of the future arrangements on Swing Strings System. It is, to sum up, a nice paradox that all these different elements, from tightly written pieces to wild improvisation, work so well together and are one the key attributes of a group free like few others.”