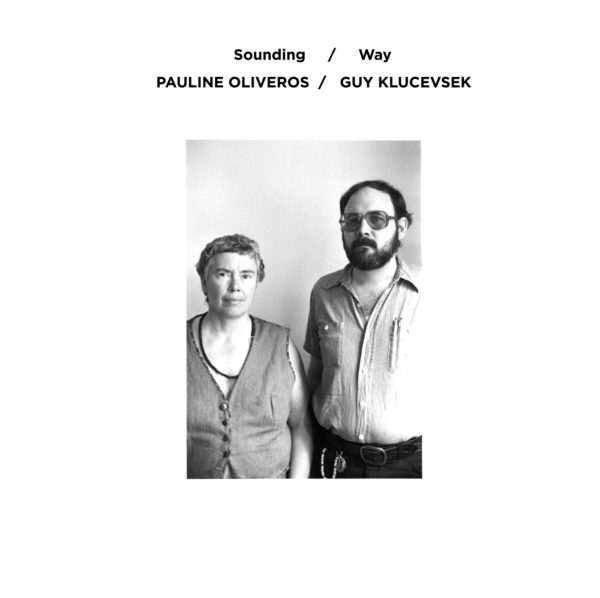 Pauline Oliveros and Guy Klucevsek’s “Sounding / Way” was originally released on cassette in 1986 and has been out of print ever since. This LP was cut by John Golden and pressed at RTI in order to achieve a quiet, dynamic pressing.
The Sounding / Way concept was simple. Each artist would write a piece for two accordions and then they would perform them together. Thus, side A contains Guy Klucevsek’s Tremolo No. 6 performed by Guy Klucevsek and Pauline Oliveros. Side B contains Pauline’s composition The Tuning Meditation, also performed by both Pauline and Guy. This is the second release in an on-going effort between Important Records and the Pauline Oliveros Trust to maintain and promote the music, philosophy and legacy of Pauline Oliveros.
Guy Klucevsek is one of the world’s most versatile and highlyrespected accordionists. He has performed and/or recorded with Laurie Anderson, Bang On a Can, Brave Combo, Anthony Braxton, Anthony Coleman, Dave Douglas, Bill Frisell, Rahim al Haj, Robin Holcomb, Kepa Junkera, the Kronos Quartet, Natalie Merchant, Present Music, Relâche, Zeitgeist, and John Zorn. Pauline Oliveros, composer, performer and humanitarian is an important pioneer in American Music. Acclaimed internationally, for four decades she has explored sound – forging new ground for herself and others. Through improvisation, electronic music, ritual, teaching and meditation she has created a body of work with such breadth of vision that it profoundly effects those who experience it, and eludes many who try to write about it. Oliveros has been honored with awards, grants and concerts internationally. Whether performing at the John F. Kennedy Center in Washington D.C., in an underground cavern, or in the studios of West German Radio, Oliveros’ commitment to interaction with the moment is unchanged. She can make the sound of a sweeping siren into another instrument of the ensemble.