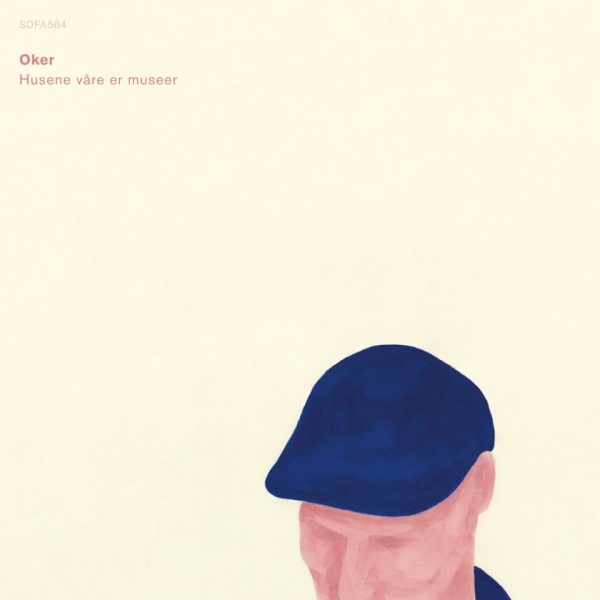 Oker is an acoustic improvising quartet based in Oslo, consisting of Adrian Fiskum Myhr on bass, Jan Martin Gismervik on drums, Torstein Lavik Larsen on trumpet and Fredrik Rasten on guitar. The music combines material from expanded instrumental techniques with open tonalities and deconstructed grooves. It can be described as rich textures in gradual change, but also as responsive and spontaneous. The ensemble balances between airy gestures and dense collective blocks of sound.
Oker is making their debut on SOFA with the release “Husene våre er museer”. The album consists of seven tracks where the band works with different approaches for collective music making – some of the tracks are fully composed, others are improvisations with clear frameworks for both form and sounding material, while some of the music is improvised.
The album has a consistent sound palette and a collective musical drive that Oker has developed over three years with several European tours and dedicated rehearsal periods. Since the beginning of 2014, the band has been working on completely acoustic music, but has lately included electronic audio sources in the music. “Husene våre er museer” shows the band in its very acoustic edition and is, in a way, a document in the last three years of work within these frameworks. SOFA is proud to release this beautiful document of collective music making.