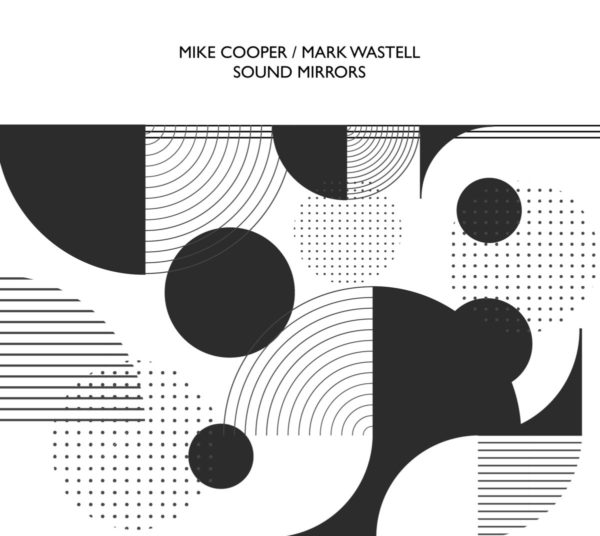 Mike Cooper : lapsteel guitar, electronics. Mark Wastell : paiste 32″ tam tam, percussion, shruti box. Recorded at Studio 3, Stoke Newington, London on 3rd October 2018 by Rupert Clervaux. Mixed and mastered by Rupert Clervaux and Mark Wastell.
The UK’s network of crumbling sound mirrors – an early form of radar – supply cues for blues experimenter Mike Cooper and pivotal improvisor Mark Wastell (Company) in an inquisitive collaboration on Wastell’s Confront Recordings. The strange, austere relics of WWI were erected between 1916 and the 1930s and are found dotted along the South East and North East coastline of England, sometimes in farmer’s fields who’ll let you in for a look if you ask nicely (out to my guy in Boulby). With Cooper manning lapsteel guitar and electronics, and Wastell on paiste 32″ tam tam, percussion and shruti box, the pair conure a psychedelic, airborne sound that recalls a mixture of frayed, early electronics and messed-up recordings of the blues seemingly dialled in from another dimension, using their ears as concrete receptors for sferic and alien ephemeral sounds which, at their darkest in the final track ‘Boulby’ (they’re all named after locations of sound mirrors), which appears to be channelling sounds from the super deep mines below where experimental research is conducted for space travel, somewhat echoing the use of the land above, some 100 years prior. (Boomkat)