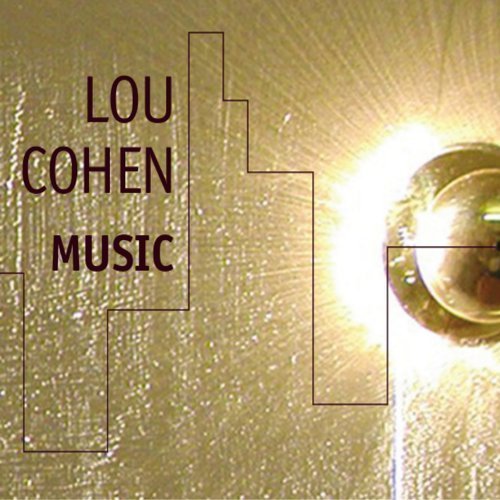 Pogus is very pleased to announce the release of Music, a 3 CD set of works by electronic music composer/performer Lou Cohen. This release is a fantastic overview of his works since around 2003, with over three hours of music. Most of these pieces were composed by means of algorithmic and stochastic processes, with emphasis on granular synthesis. There is a great deal of information that Cohen gives about his works and methods of composition. Lou Cohen uses Csound as his primary tool for realizing compositions. Csound is a well-known, open-source, programmable music synthesizer. Its antecedents (called “Music”, “Music II”, “Music III”, … ) were developed by Max Mathews at ATT Bell Labs starting in the 1950s. “Music 11” was written by Barry Vercoe at the MIT Media Lab. Vercoe then rewrote this software and renamed it as Csound. Eventually Csound was given open-source status, making it freely available. Cohen’s compositions from 1960 to 1990 were written for a range of instrumental ensembles, and generally algorithmically employed 12-tone and serial techniques. A few of these pieces used open score and chance processes as well. Starting around 1990, Cohen switched to composing using computer-generated sounds and software-computed structures. The programmable synthesizer Csound has been the primary tool for this work along with software of his own design. Lou Cohen has composed music since age 11. He studied mathematics at MIT, and has studied music privately. Composition teachers include John Cage, Ernst Levy and Alan Kemler. He studied harpsichord and early music performance practice with John Gibbons. He lives in Cambridge, Massachusetts, USA. In the early 1960s Cohen promoted new music in the Boston area by producing concerts in collaboration with Christian Wolff, in which the New York School was heavily represented. For a long time afterwards while working as a software engineer and product development consultant he composed in isolation. In April 2004 he produced his first concert in more than 40 years, in collaboration with the electro-acoustic group ONDA. Since then he has appeared as a laptop improviser in numerous concerts in the Greater Boston area. The laptop software created by Cohen responds to movements of wiimote game controllers, and uses Csound to create sounds. Over the years he has performed with many fine musicians, including John Cage, Merce Cunningham, Christian Wolff, Ken Ueno, Tim Feeney, James Coleman, Lou Bunk, Joshua Jefferson, Andrew Eisenberg, Vic Rawlings, David Tudor, Jack Wright, Katt Hernandez, Forbes Graham, Paul Hoskin, and Andrea Pensado. His collaborations with video artist Bebe Beard, and his own computer animations have been shown in many galleries and film festivals around the world.