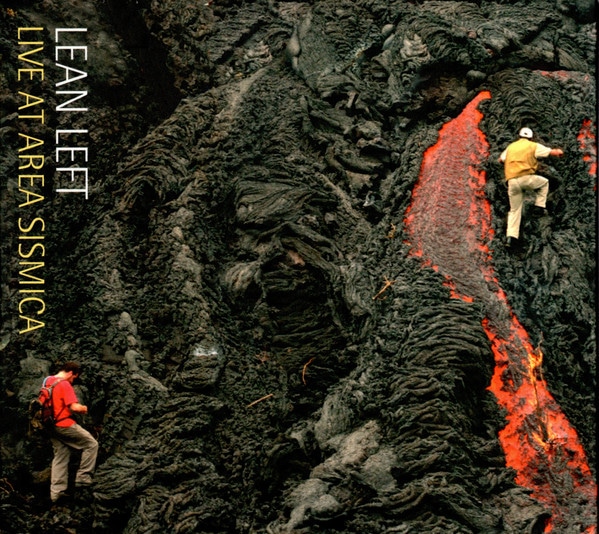 Ken Vandermark, tenor saxophone, baritone saxophone, bb clarinet. Paal Nilssen-Love, drums, Terrie Ex, guitar, Andy Moor, guitar. “Live at Area Sismica” is Lean Left’s fifth live recording, the second released on Unsounds, and by far the best, most versatile and exciting yet. Recorded live at Area Sismica in Forli Italy, September 22 2012, the final date of a long tour with thousands of kilometres behind them: the band at this point have played enough dates in a row to have become a very tight unit but still free flowing and with a thousand ideas, one interrupting or overlapping the next. They engage 400 percent in what could be best described as a volcanic eruption, and take their audience close to the burning heart of their fearless music making. In two sets, Lean Left is creating a non stop celebration of instant music with blissful grins and playful energy, rattling and shaking at right angles with one furious swing after the next.