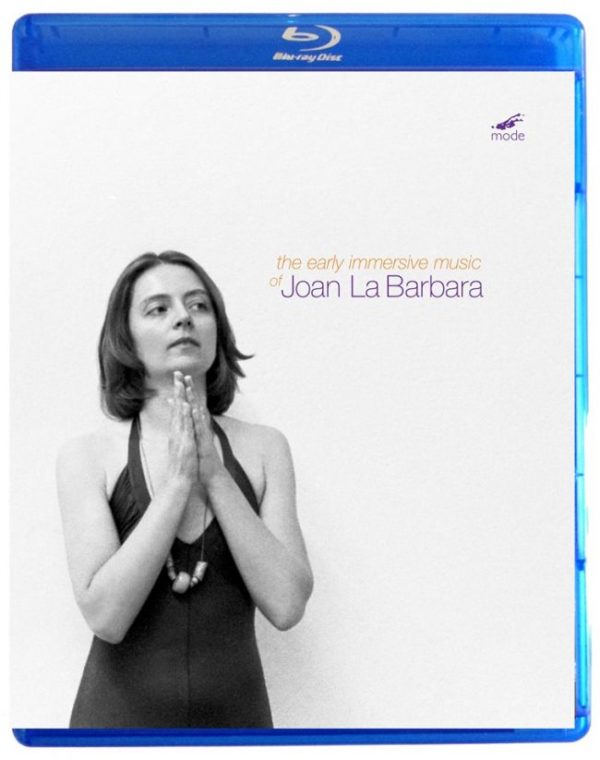 “as lightning comes in flashes” (1981) for 8 track tape. New 2017 stereo mix. “Autumn Signal” (1978) for 8 track tape, mixed to 4 channels. “Cyclone” (1976-77) for 16 track tape.
Joan La Barbara is a long recognized pioneer of extended vocal techniques and a champion of new music. She emerged from the New York Downtown scene to perform in the ensembles of Steve Reich and Philip Glass, including the premiere of Glass’ Einstein on the Beach. She has performed and recorded works by composers including John Cage, Robert Ashley, Morton Feldman, Philip Glass, Alvin Lucier, and her husband Morton Subotnick. Composer/Vocalist Joan La Barbara has created a rich body of experimental works, many initially produced on analog tape.
This collection includes a first release of the award-winning CYCLONE, first presented at a the ISCM World Music Days festival in Bonn, Germany in 1977. The other two works were initially issued on LP on the Wizard label, but now in new mixes.
The reissues offered here remixed to her original surround concept: as lightning comes, in flashes explores a vast array of La Barbara’s signature extended vocal techniques. Autumn Signal is a rare example of the composer’s work with Buchla synthesizer, which she utilized for spatialization as well as modification of vocals.
For this release, fresh 96khz/24-bit transfers were made from the original multi-track analog tapes. Then all new stereo and surround mixes were then created under the supervision of the composer.
Liner notes by Bernard Gendron trace La Barbara’s beginnings in the New Music world from the early 1970s Downtown Scene and her evolution as an avant-garde vocalist and composer. In addition, La Barbara contributes detailed notes on the works.
Bluray with special features: The stereo soundtrack is presented in uncompressed 24-bit PCM audio. The surround versions are presented in 24-bit 5.1 Surround Dolby TrueHD and DTS-HD Master Audio. Note: this is a high-quality audio Bluray. There is no video with the music.