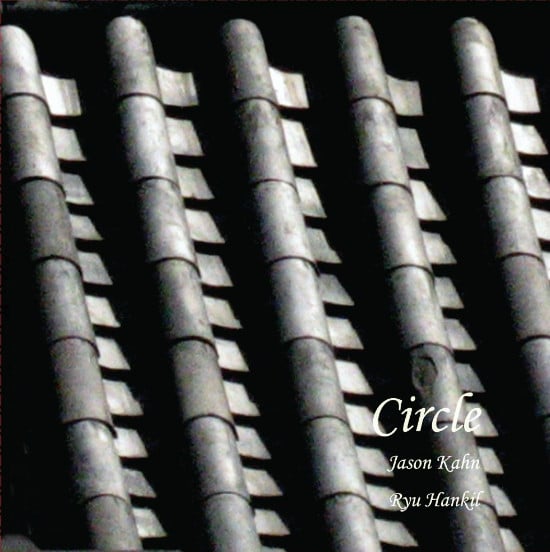 Jason Kahn : percussion, mixer, contact microphones, radio. Ryu Hankil : clockworks, mixer, contact microphones, devices. Celadon, a new label focused on electroacoustic and improvised music from Korea, is proud to offer its first release, a 2 CD recording from Jason Kahn and Ryu Hankil called “Circle.” As one of Switzerland’s preeminent experimental improvisers specializing in percussion and analogue synthesizer, Jason Kahn needs very little introduction. For many years, he managed his own label, Cut, which released a number of significant recordings in the field of electroacoustic improvisation, including groundbreaking works by Jason Lescalleet, Ellen Fullman, and Sean Meehan, as well as Kahn’s collaborations with Toshimaru Nakamura under the rubric, Repeat. In addition, he has recorded with fellow Swiss collaborators, Günter Müller and Norbert Möslang, including seven releases from their Signal-to-Noise tours from 2006. Kahn has also worked with Tetuzi Akiyama and Utah Kawasaki. Ryu Hankil is the leader and principal organizer of the South Korean improvising collective, Relay, and the owner and founder of the music label, The Manual. He has organized a number of shows in Korea with significant international luminaries, like Mats Gustafsson, Eric M, Dieb 13, Billy Roisz, Otomo Yoshihide, Sachiko M, Taku Unami, Taku Sugimoto, Noid, Klaus Filip, Kai Fagaschinski and Mattin. He has been in demand at festivals in Europe and Japan and is currently participating in Otomo Yoshihide’s Far Eastern Network project. His novel musical invention is the use of amplified analogue clockworks. Having initially met through the Signal-to-Noise tour, which stopped through Seoul in March 2006, Ryu and Kahn continued their collaboration in July 2008 in Zürich, Switzerland for this recording. Kahn mixed and mastered the recording while Ryu did the production design and photographs. The aim for the design was a combination of linear abstraction through the organicism of traditional Korean architecture. The CDs themselves present a contrast of distorted, modern Korean architecture to reflect the distinctive character of Seoul, a city where the ancient and modern merge in contemporary daily life. “Circle” is their first recorded collaboration.