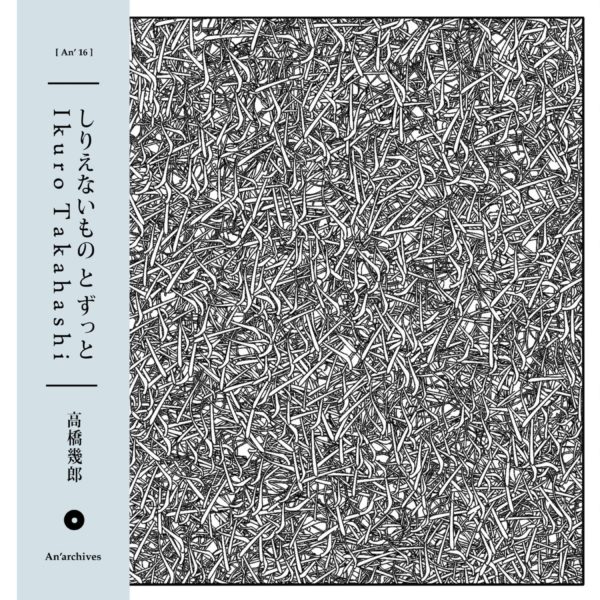 Legendary drummer, Ikuro Takahashi played in most of the important bands of the psychedelic underground Japanese scene : Keiji Haino’s Fushitsusha, Seishokki, High Rise, Ché-Shizu, Maher Shalal Hash Baz, Kousokuya, LSD March and Nagisa Ni Te, but also with Junzo Suzuki, Tamio Shiraishi, Akiko Hotaka and many others, making it difficult to write a comprehensive list. Ikuro does not make a distinction between the young musicians with whom he collaborates, and the big names of the underground behind whom he brings an enveloping rhythm, like the wind blowing through a bamboo forest.
A native of Hokkaï do, born in 1957, exiled in downtown Tokyo, Ikuro Takahashi lived there for a while before settling back in Sapporo with his partner, dancer Yoko Muronoi, starting the Anoyonodekigoto project together. All pieces gathered here were composed for their duo shows. Yoko Moronoi was reunited with the shadows of her ancestors in 2017, leaving Ikuro alone in the world of the living. This record appears as the last flower laid at the shrine of her dance.
This album gathers 7 tracks, most of which were built from an overlay of oscillators, music boxes and metronomes. Sometimes it recalls Takehisa Kosugi’s pieces, a common way of unfolding time and space, of making our perception float. A common saving of gesture, of concept. Ikuro Takahashi is like a weaver trapping our listening in his electric wires, dragging us in a flux of rhythmic, fluid, circular patterns.
Ikuro Takahashi is like these shamans summoning our shadows, our ghosts, to make the living core within us sing.
LP ltd to 275, comes in a old style / tip-on silkscreened jacket with obi (light blue or salmon), inserts and postcard
Liner notes by Michel Henritzi