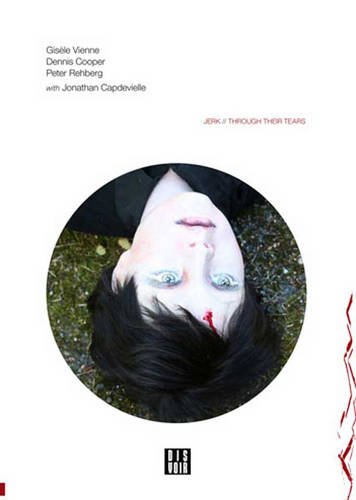 “Jerk -- Through their tears”

“Jerk is a collaborative artist’s book and audio recording by director Gisele Vienne, author Dennis Cooper, musician Peter Rehberg and performer Jonathan Capdevielle, which translates a previous collaborative theater work into a violent multimedia disquisition on puppetry, serial killing and homoeroticism. The play and book are based on the Texan serial killer Dean Corll. As in their theater works, Jerk. Through their tears is a multi-faceted exploration of these artists’ combined interest in representing the emotional dissonance of confused, self-destructive, sensation seeking teenagers and the adults who romanticize their darkness, stylize their unhappiness, and take charge of their destruction.
Gisèle Vienne (b. 1976, France) is a choreographer, director and visual artist based in Paris, France. Since 1999 she directs performances and exhibits her photographs and installations.
Dennis Cooper (b. 1953, Pasadena, USA) is novelist, poet, and widely published critic. In the United States, his books are pubished by Harper Perrenial and Grove Press, and in France they’re published by Editions P.O.L.
Peter Rehberg (b. 1968, London) is an Author and Performer of electronic audio works based in Vienna, Austria. He also operates the Editions Mego label since 2006, and was co-director of the original Mego label since 1995.
The sound piece JERK (59’16’’) a free CD included in this book, was commissioned by Franck Smith & Philippe Langlois (ACR) and Danièle Rivière. Size: 6.5×8.5 inch inch. Format: paperback. Pages: 64. Illustrations: 60 Colour.”