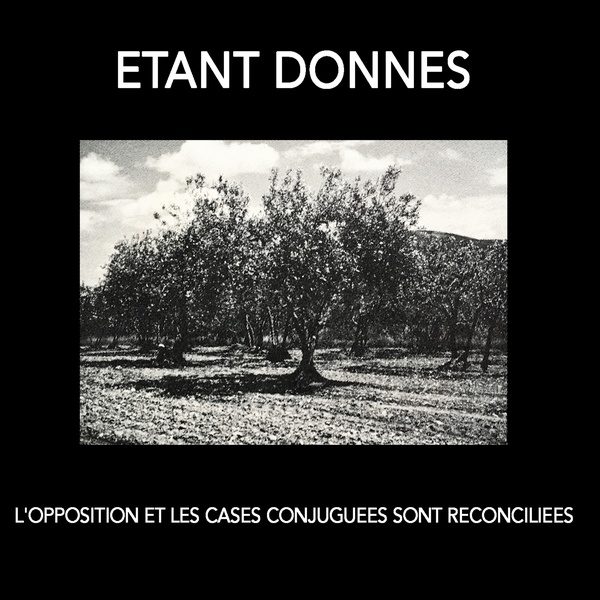 Etant Donnes is a French duo named after Marcel Duchamp’s last major work. The group consists of brothers Marc and Eric Hurtado, born in Morocco and working mainly as performance artists and musicians. Their sound can be described as a mix of field recordings, found sounds and sometimes whispered, sometimes violent vocals. They describe their sounds like this: “Through Marc and Eric, it is the volume of each word that becomes an object-sculpture, together with the power of their bodies expressing their voices. Each event is a scream – indeed even the glissando – of the strength of the word that sometimes abruptly becomes a rock, a solid surface, not in the least fluvial, as is the narrative of a tale, novel or poetic epic. With both of them, there is no more trace of ancient prosodies, no more trace of the incomprehensible Sainte-Beuve who could claim: “I have to collect a volume of prose”. The word, the voice, the volume take shape with each other, unveiling a theatre that theatre usually ignores, which has given it such things as a Samuel Beckett’s Fin de Partie.” Over the years Etant Donnes have collaborated with people like Lydia Lunch, Michael Gira, Alan Vega and Genesis P-Orridge. L’Opposition Et Les Cases Conjuguées Sont Réconciliées was the band’s second album, originally released in 1981 on French label Bain Total, run by die Form, on cassette only. For this CD re-issue we have added a long bonus track not on the original album.