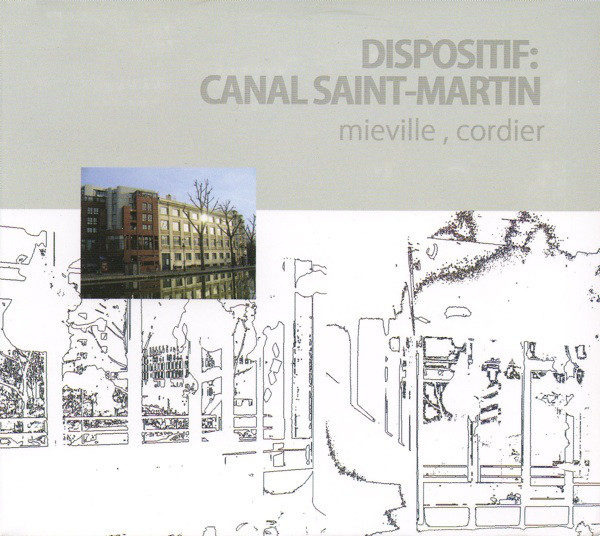 “Xing-Wu’s 3rd release, “Dispositif: Canal Saint-Martin”, has well-celebrated French sound artist-composer, Eric Cordier in collaboration with fellow countryman Emmanuel Mieville. The frontipiece of this release is the primary track itself, which was performed live and composed in realtime during a concert at the Centre d’animation Jemmapes, Paris. Marshalling well over 30 microphones as a sonic capture and repository of this Parisian cultural site, Cordier and Mieville transform the space and its environs into an organic vestibule of aurality and sounds. But perhaps more importantly and exactly, both these artisans of sound were able to produce and invoke an event for listening – to draw us closer to the act of listening and also, to portray listening as it relates to everything else around,culturally and experientially. Dispositif constitutes part of, and continues in, a long line of on-site realisations of what Cordier conceptually regards as a vernacular device – a term which was mainly, and first, used to describe his long-standing but now defunct project, with Eric La Casa and Jean-Luc Guionnet, called Afflux. Briefly, a vernacular device intersects and traverses methodologies and approaches commonly associated with the fields of tape music-electroacoustic, improvisation and field recording or phonography. In more concrete terms, it is the transposition of the intricacies and complexities of Studio work onto a site specific context in order to unearth and shape the sonic character of the contextual site itself. Aside from the primary track of the live performance, two more tracks complete this release – “dispositions en rotonde” and “le centre d’animation” which are “remixes” of the primary piece constructed respectively by Mieville and Cordier.” YYP