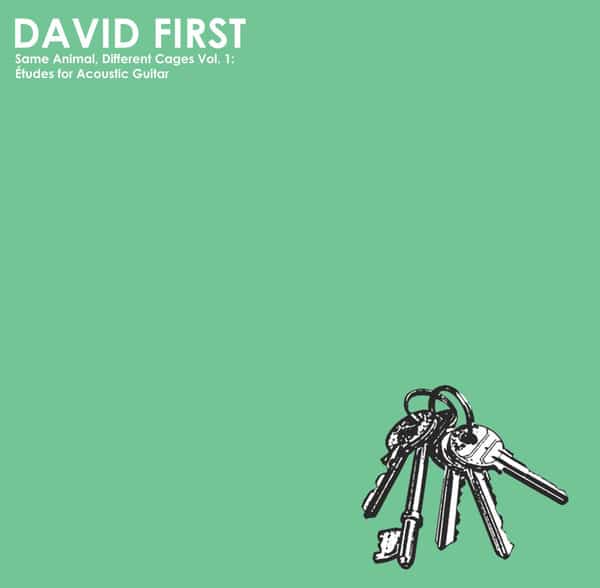 Same Animal, Different Cages Vol. 1 was released in an LP edition of 300 w/ download code.
On Études for Acoustic Guitar, First twists and bends notes from his steel-string acoustic guitar, an instrument traditionally associated with American folk, country and blues music. And in fact, those genres are central to First’s explorations here, constituting portions of a palette that also encompasses jazz and Indian classical music. The result is a series of stylistic hybrids in which an expansive tonality is propelled with rhythmic authority. The effect on the listener is similar to that of tape manipulation, or to the challenges posed to the inner ear by Phil Niblock’s shifting dissonances. It’s almost as if the room itself speeds up and slows down as First performs in it, anchoring himself in three humble dimensions and letting time do what it will. The “Same Animal, Different Cages” series serves as the latest chapter in the oeuvre of a musician whose defining quality is arguably his curiosity. David First asks the right questions, and there are no wrong answers. Subsequent volumes in the series will include similar explorations on analog modular synthesizer, harmonica, sitar, computer, voice and electric guitar.