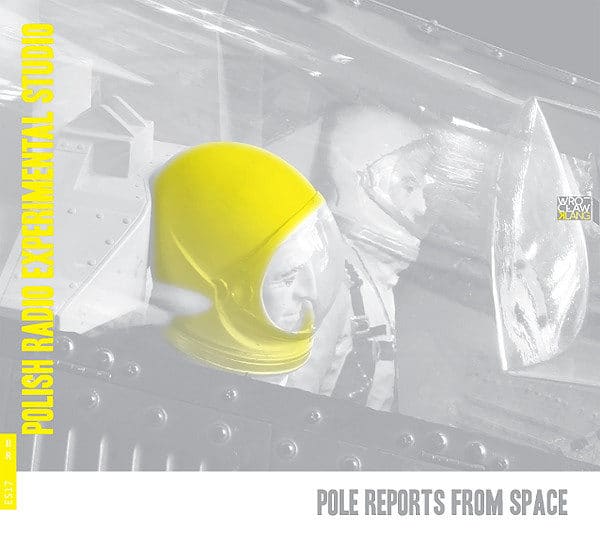 The Polish Radio Experimental Studio has been, since its founding in 1957, a source of music associated with space imagery. The uniqueness of sounds, robotics, automation, interplanetary travel, spectacular crashes, and explosions of suns – all these could be accommodated in the imagination of a creative sound engineer. Points of reference consisted in the sounds made by planes, rockets and weapons, whereas space emptiness and silence were incarnated by nebulae spatial sound, filled with reverb and echo. Almost always when there was a need in a film for the voices of green aliens, Warsaw engineers were asked for help.
The Experimental Studio was initially associated with the experience of a laboratory-oriented mental conquest of the stars, acoustic “domestication” of the topic of the near and, as it then seemed, inevitable, colonization of the cosmos by a fearless man. Among a number of “cosmic” illustrations for stories, documents and reports realized in the Studio led by Joseph Patkowski, a few items glitter with exceptional glow.
One CD with archiv. Krzysztof Penderecki “Excursion Into Cosmos” (1961). Zden k Li ka “Ikarie XB-1” (1963). Edward Artemiev “Solaris-Ocean” (1972). Eugeniusz Rudnik “Pole Reports From Space” (1978).
One CD with commissions. Sultan Hagavik “KØSMØPØLEX FORTE”. Arturas Bum teinas “Audiokaukas”. Marcin Cichy “Silent Star” et “Test”.