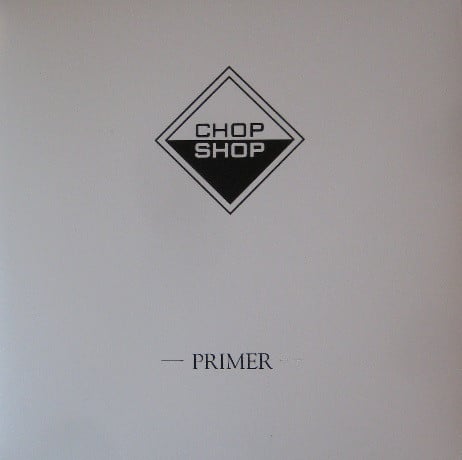 “This 2LP set presents the very first — and long unavailable — Chop Shop recordings, remastered by Scott Konzelmann. LP one is a remastering and reworking of Power Pieces Positive Force from 1987, originally a 90-minute cassette released in an edition of 60 copies. However, as 20+ minutes have been reissued as the ‘A Different Kind of Connie’ 3″ CDR, and another 30 or so minutes involved large swaths of sampling that would have raised serious copyright infringement/clearance issues, Scott decided to revisit the master tapes to create this reworking of his germinal recording. For Chop Shop fans, this disc provides a fascinating aural journey to the big bang of the Chop Shop sound. The second LP, Scraps, was originally released as a C-45 cassette in 1989 in an edition of 200 copies. Scraps is, by Scott’s own account, ‘the first truly coalesced and focused Chop Shop release,’ utilizing the home-built speaker constructions that cemented Chop Shop’s reputation. The hallmark sounds — machine vibration, furnaces, the rattling inner echoic walls of a factory, pinging frequencies, and the magnetic tape itself–all come to life in these recordings. Primer also contains liner notes by Blake Edwards and Gen Ken Montgomery. This release will be of greatest interest to, in addition to Chop Shop fans, fans of the first wave of ‘industrial’ and experimental music.”