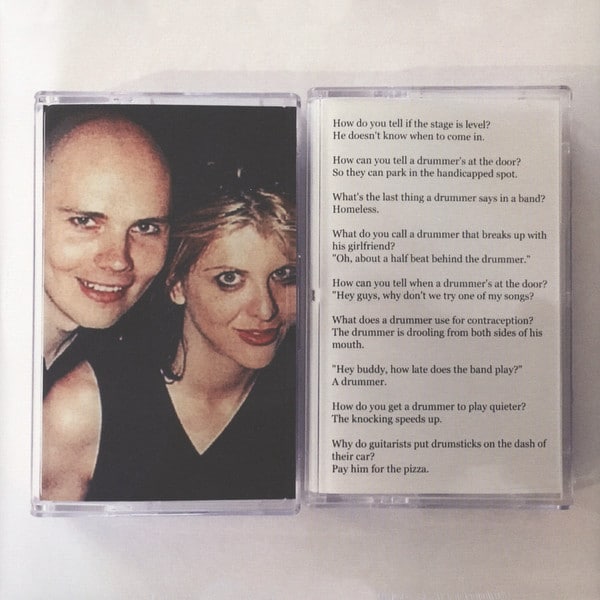 “That guitarist Bill Orcutt & drummer Chris Corsano would play as a duo should come as a surprise to no one. As artists, both of them have bent sonic boundaries to the breaking point, especially as regards rock-based music, and they have long flowed through the same international sub-underground arteries. It was only a matter of time. The first fruit of their union was a brain melting LP called The Raw & The Cooked (2013), recorded on tour in 2012. Live at Various / Various Live is made up of the two Palilalia cassettes that followed it. The tracks were recorded between a couple of tours, one in 2013 and one the following year, in Northampton, Mexico City, Brooklyn, Montreal, Cleveland and Rochester. And they demonstrate the ferocity of Orcutt’s return to the electric guitar. Twinned-up with Corsano, Bill goes for the most distorted and bleeding tones available, whether pouring out frenzied clusters, or slow-bending blue-notes in the tradition of Loren Connors, the raunch of the proceedings is a physical presence. And Corsano goes deep into rolls and splashes with an almost perverted intensity. There ain’t much space here for sweetness or subtlety. The music is driven home with mallets, achieving a near-Beefheartian density in spots. Heard as a whole, this album provides a gush of relentless thug-beauty of a sort that has never been in long supply. Grasp it now or hold your sad peace for now and ever.” — Byron Coley. 2 LP with gatefold cover. Recorded by Chris Corsano and Bill Orcutt on tour in 2013 and 2014. Reissue of two cassettes originally released on Palilalia as Live At Various and Various Live. Edition of 500.