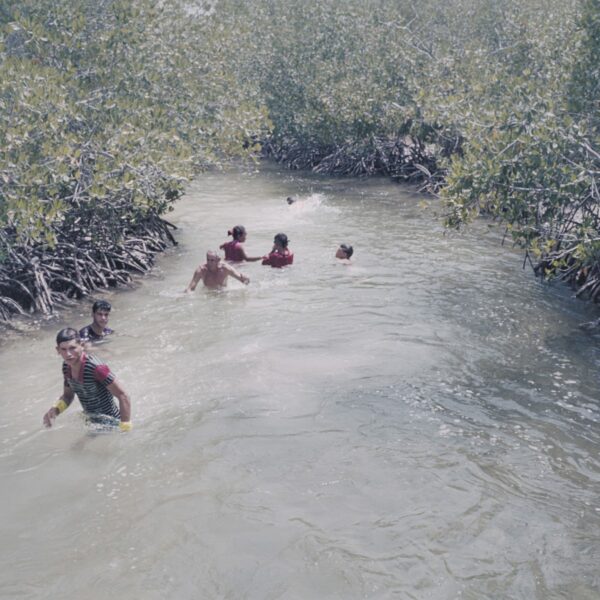 Black Truffle are pleased to announce Undercurrent, the new LP from the long-running Milanese duo of Giuseppe Ielasi and Nicola Ratti. Following on from high-profile releases on Boomkat Editions and Shelter Press in the last few years, the eight untitled pieces making up Undercurrent continue the pair’s hypnotic and disorientating practice of improvisation based on tape loops. Often sitting halfway between electro-acoustic technique and beat-based production, the music of Bellows obliquely recalls aspects of hip-hop, dub, and techno while skewing their rhythmic foundations. While consistent with the distinctive language the duo have developed over the last decade, Undercurrent moves away from the explicit references made to club music in their recent releases. It presents a suite of pieces that are markedly more minimal, at times reminiscent in their haunted introspection of the legendary Tolerance records on Vanity Records. The pieces here often dwell for minutes at a time on single repeating tones, reverberating like distant bells in desolate landscapes of looped tape hiss. Where previous releases were primarily based on samples, Undercurrent uses recordings of the duo playing various instruments (guitar, drums, synthesizer) cut into tape loops and then used as the bases for song-length tracks, each of which establishes a central repeating motif while also opening up on close listening to reveal multitudes of improvised detail and subtle shifts in tone, texture, and tempo. Beginning with the mournful sliding tones and obscured fragments of field recordings on the opening track, the LP moves from lush synth pads to super-minimal pings and haunted drone. On ‘6’ and ‘7’, spacious, hanging guitar figures give the music an elegiac quality recalling the work of Dean Roberts and Ielasi’s own earlier guitar-based music (such as the classic Gesine, released on Häpna in 2005). The record subtly builds to its final track, which works the barest of elements – a slowed-tone loop of steel drums, a distant whistle, beeping electronics – into a piece somehow imbued with a quiet grandeur, a fitting conclusion to a record that, like all of the duo’s work, is both sonically exploratory and immediately accessible.