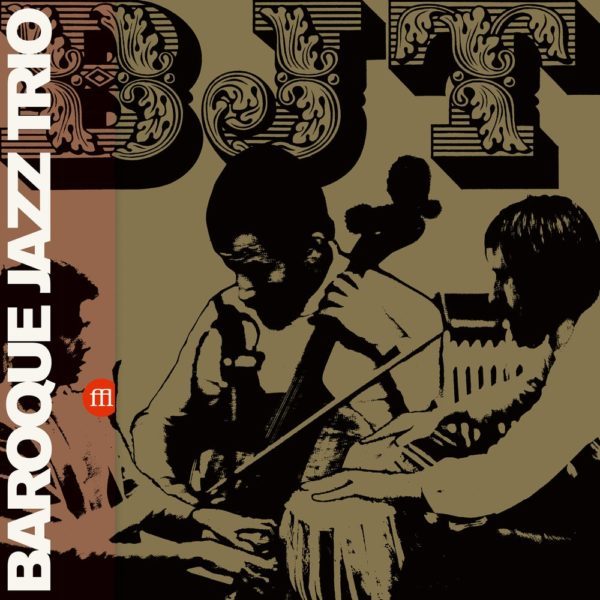 “Mixing Baroque, free-jazz and world music, the unique album of the Baroque Jazz Trio (which is in fact 3/5 of the Bach Modern Quintet) is a difficult-to-label sound object which is far from being typical of the psychedelic sounds associated with the early 1970s. Because, although fusion with Indian music (amongst others) and jazz (but also pop) was popular at the time, rarely had all this been mixed together with Baroque music. Even mentioning Jacques Loussier adapting Bach does not come close, as here, all barriers are broken down, with an audacity which begins with the highly original and extraordinary use of the harpsichord, an instrument which it is unusual to hear in such a context, even though indicated by the ‘baroque’ in the title. Of course jazz specialists will mention Johnny Guarnieri in the Gramercy Five with Artie Shaw, Martial Solal playing “Four Brothers” in 1965, or Lalo Schifrin in his homage to the Marquis de Sade… But no, none of these references really makes sense, as they pale in comparison to the wild adventures of Georges Rabol, probably closer to Call Cobbs with Albert Ayler, or, better still, Odile Bailleux in another remarkable French group, Armonicord, than anyone else.
With George, the rhythm section is no less outstanding,: Jean-Charles Capon, who, two years later would record the magnificent L’Univers-solitude on the same label, is a flying cello virtuoso, while Philippe Combelle, a great drummer rarely heard in such experimental circumstances, plays daringly mixed percussion. Also noteworthy is the presence of flutist, Michel Roques on one track, who was also behind a Saravah album, the splendid Chorus.
In France, whether or not groups like Moravagine, Confluence or Synchro Rhythmic Eclectic Language, working in similarly unusual areas, are taken into account, it is rare to find a group which, like the Baroque Jazz Trio, have been able to so blur the boundaries, especially by adding an exotic breath of fresh air inherited from the Third Stream.
This record, alongside the album by Brigitte Fontaine with the Art Ensemble of Chicago made Pierre Barouh stand out as a pioneering producer and destroyer of stylistic frontiers.”