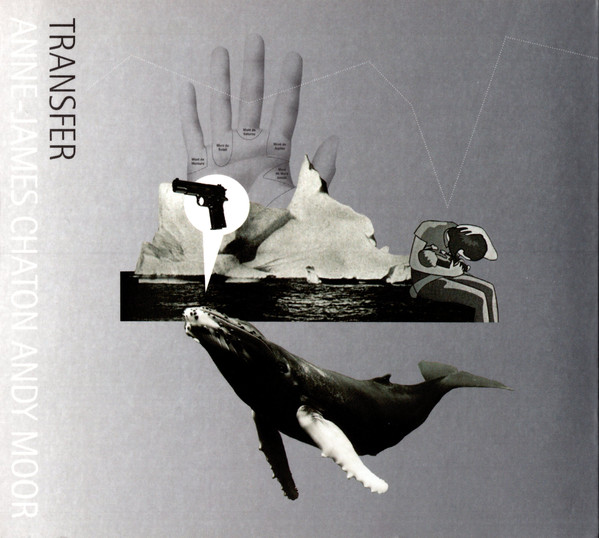 This CD combines the 4 singles + 3 unpublished tracks. Transfer is a collection of poetry guitar music pieces originally released as a series of four seven inch singles based around the themes of transportation and transition; side A constructed from real or factual information and material, side B from fiction and fantasy. Themes were taken more or less directly from news items or literature and film history, from Jules Verne’s “Around the World in 80 Days”, the death of princess Diana and Grace Kelly, major plane crashes throughout history, Leonardo da Vinci’s musings on aerodynamics, to Agatha Christies “Murder on the Orient Express”.
Andy Moor and Anne-James Chaton first began performing together in 2004 when Chaton joined the Ex onstage to perform one of their songs. They later started to collaborate as a duo, building the music and text for one of Chaton’s portrait series; the journalist which later resulted in their first CD “Le Journaliste”, also released with Unsounds. Since then Moor and Chaton have toured widely in Europe, Canada and Japan, always building, reconstructing and adjusting their set and performance using improvisation as a creative source. In more recent months they have included video projections to the performances. They combine guitar riffs and loops, abstract noise, live sampling, dark beats and the unmistakable voice of Chaton, very present and rhythmic.